You are here: Home / National News / Islamic State Militants Take over 21 Villages in under 24 Hours 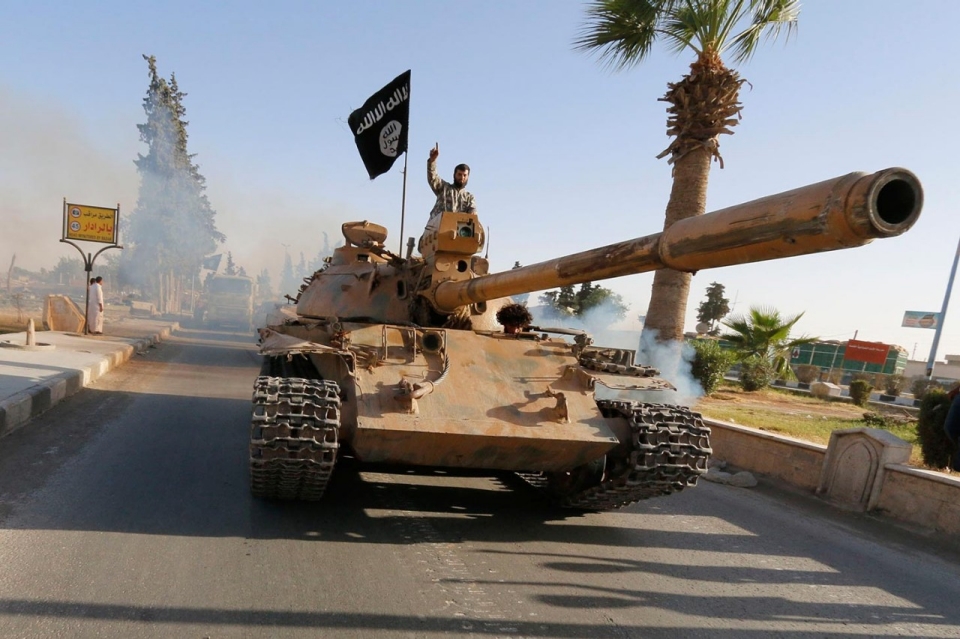 On Thursday, Islamic State fighters took over 21 villages as well as an important Kurdish city in northern Syria. Kurdish forces were forced to prompt a massive call to arms after the major assault.

All over neighboring Turkey, Kurds were urged to join the forces standing against the Islamic State extremists and their violent advance.
The city of Ayn al-Arab (or Kobani in Kurdish) was attacked on Thursday, only two days after U.S. military officers had announced that the Syrian opposition could use reinforcements in their fight against the insurgents.

Other fights took place near the city of Kobani, where Islamic State militants armed with heavy machinery, tanks and weapons seized over 21 villages. According to the Syrian Observatory for Human Rights, an organization tracking Syria’s civil war, the attacks near Kobani started Tuesday night. In the 24 hours previous to the Sunni group’s advance on Kobani, 21 villages had fallen into the hands of the extremists.

Ocalan Iso, deputy head of the Kurdish forces, told reporters that they had lost touch with countless residents living in the towns that have now landed under the control of the Islamic State. According to him, massacres were being committed, women were being kidnapped and citizens were being tortured in the newly-conquered towns.

Regarding the difficult situation in the Middle East, U.S. President Barack Obama announced that United States military would strike the ISIS extremists if the situation continues to escalate. According to him, the Sunni radicals have used Syria as their stepping stone to reshaping the Middle East in their own radical vision of Islam.

After over 160 airstrikes have been conducted in Iraq last month, president Obama authorized surveillance flight over Syria, and it seems that they have already begun. Such a surveillance drone was spotted over the Aleppo province, currently under the Islamic State’s control. It isn’t clear who was operating the drone.