Yahoo Inc. and Google Inc., the most powerful tech giants of the digital world, will make a joint effort to offer a secure, encrypted email system by next year. On Thursday, Yahoo declared that it will work together with Google Inc. in order to provide an email system that would make it impossible for hackers or government officials to access. They also say that this measure will make it impossible for the email providers to see the contents of an account.

Can this actually work? While many remain skeptical, the two companies are taking the mission seriously. They will create a tool based on PGP encryption which can encrypt the information from messages, but it will not encrypt the subject line or sender/receiver’s email. 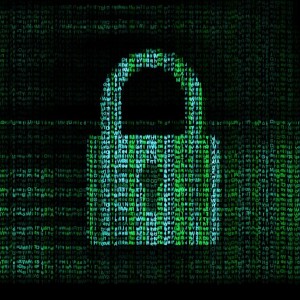 There are many ways of encrypting data, but PGP encryption has not been cracked yet. This is mainly because it relies on its users. Users will have their own encryption key stored on tablets, computers, laptops or smartphones. Traditional webmail services will no longer have access to a user’s passwords or login details.

On the downside, PGP encryption does not have a password-reset function, which basically means that losing it will make the content impossible to access. This is exactly the thing that Yahoo and Google want to make easier. They are working on a less painful encryption method for a widely-used consumer service.

Users are also not forced to use the encryption software. Enabling and disabling it will only require the click of an ON/OFF button. Simply knowing that no one (not even the webmail service provider), can read your emails is reason enough to want to test the function, now more than ever, since so many functions (including payments, bills, company data) is being passed through email.

The most important aspect, however, is the security that government officials and hackers will not be able to peek into your messages either. Ever since Edward Snowden, from the National Security Agency (NSA), made the information about the agency’s spy programs public, email users have become more aware of online privacy. They want their data to be safe.

Executive Chairman Eric Schmidt said that the NSA’s spying is “outrageous” and added that ignoring the privacy of millions of people is not only “bad public policy” but also “illegal”. Barack Obama decided to meet with tech leaders, like Tim Cook from Apple and Sheryl Sandberg from Facebook to discuss privacy issues.

The announcement that internet providers (not only webmail ones) will start working on encryption methods to protect data should not come as a surprise. The new encryption software should be made available next year.