A key Syrian government airbase has fallen in the hands of Islamic State militants after heavy fighting had been taking place around the airbase. The Tabqa airbase had represented the last stronghold of Bashar al-Assad’s government in the Raqqa province.

After intense fighting around the Tabqa base that resulted in the death of hundreds of fighters on both sides, government forces have finally confirmed that they had evacuated the airbase. 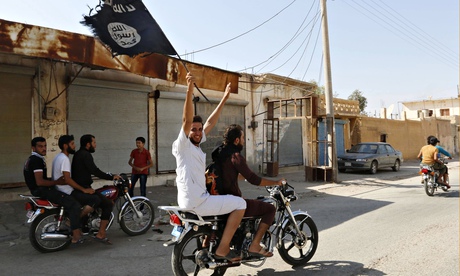 The three year-old Syrian conflict has not reached a death toll of 191,000 people, after the Islamic State militant group has expanded its forces and has now gathered, by some accounts, more than 80,000 fighters. In recent months, IS forces have extended its reach into large parts of eastern Syria as well as northern Iraq, declaring a caliphate in these territories.

A UK-based activist group, The Syrian Observatory for Human Rights has also accounted for the clashes that had been taking place around the airbase and noted that the Tabqa stronghold is now under Islamic State control.

The Tabqa base is located outside or Raqqa, 45 km. away of the city. Authorities believe that the base is home to dozens of warplanes, tanks, artillery and helicopters that are now at the Islamic State fighters disposal.

War analysts are concerned that the fall of the Tabqa base will have dire consequences, as it represents a major blow in the ability of the Syrian government to project air power in northern regions.

After having gained control of the Tabqa base as well as two other bases, Islamic State militants celebrated the victories by displaying the severed heads of soldiers in town centers, correspondents report. Another base that Islamic State fighters have taken control of is the Division 17 base, that is located outside of Raqqa city.

In separate incidents, Syrian government fighters have ambushed and killed 32 rebels in Deraa, located in southern Syria. Activists report that tens of fighters have been killed during recent operations conducted against opposition groups. State media also confirmed the attack.

The Syrian government has been fighting opposition groups since 2011.