You are here: Home / Archives for isis controls tabqa 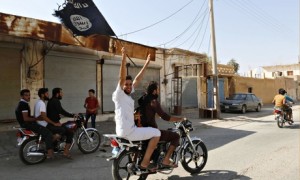 A key Syrian government airbase has fallen in the hands of Islamic State militants after heavy fighting had been taking place around the airbase. The Tabqa airbase had represented the last stronghold of Bashar al-Assad’s government in the Raqqa province. After intense fighting around the Tabqa base that resulted in the death of hundreds of fighters on both sides, government forces have finally … END_OF_DOCUMENT_TOKEN_TO_BE_REPLACED