The Oil and Gas Industry has seen a lot of activity lately. Just yesterday, Vladimir Putin has voiced his support in Exxon’s new project, and now, InterOil has announced its new chairman. Total SA (FP)’s partner in Papua New Guinea, InterOil. Corp, has named Chris Finlayson (former chief executive at BG Group Plc) as chairman. With this move they hope to encourage natural gas export in the Pacific nation. Finlayson is currently 58 years-old and has led exploration and production ventures in Europe, Asia, Nigeria and Russia with BG and Royal Dutch Shell Plc. Finlayson will be replacing Gaylen Byker, the director of the company since 1997. 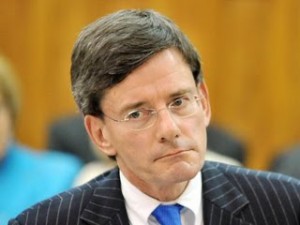 The new executive decided to join InterOil after a “dispute over the speed” of BG’s creation of value for shareholders, declared Executive Chairman Andrew Gould. BG is currently the United Kingdom’s third-largest gas manufacturer. In the end, BG has accelerated assets sales.

The decision came as the company and Paris-based Total planned to use supplies from the Antelope and Elk fields to invest in Papua New Guinea’s liquefied natural gas export project. The new project is designed to supply customers in Japan and China. Finlayson says that it wants to add to supply competition on the global LNG market.

“Whilst I do see the U.S. as a major exporter, it’s not going to be a dominant exporter (…) Elk-Antelope sits in a very attractive position” Finlayson declared in a phone interview

According to him, the Asian market will want to diversify its sources of supply, and this is a cost-wise effective decision. Like other Oil companies, InterOil is also open to cooperation with competitors and suppliers from Papua New Guinea. This will help the company reduce curb costs.

Last year, chief executive officer of InterOil was Michael Hession. Hession was a former executive from Woodside Petroleum Ltd. He was also part of the team at PB Plc. On January 2013, the company named Jon Ozturgut chief operating officer, and the chief financial officer position will be held by Donald Spector.

InterOil is very excited about the new executive, Chris Finlayson. They are confident that his previous roles in the oil and gas industry will benefit InterOil. Chris Finlayson has also managed Shell’s interest in the Sakhalin ventures in Russia, and his project experience will be invaluable.

In other news, Woodside might be interest to purchase InterOil, Australia’s second-largest gas and oil producer is facing pressure because its resources are almost depleted, says the Macquarie Group.