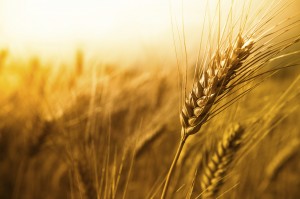 Hard to believe that the first time that a complete map of the genetic sequence of wheat was accomplished in 2014, but in fact a recent study has only now been published. Conducted by Prof. Jorge Dubcovsky’s team, the project took place at the University of California and used regular, bread wheat as the subject of study.

What the team has achieved is not simple: they have developed a sequence that allows them to map large chromosomes and using this stepping stone, they are looking forward to mapping the remainder of chromosomes that are still unmapped. Thus far, they have the reference for the 3B chromosome and what the team is looking forward to doing is continuing to map the rest of the 20 chromosomes that still haven’t been mapped. Catherine Feuillet, the IWGSC co-chair believes that the research team will be able to achieve this goal during the next three years.

This study has allowed scientists to greatly expedite the process of primers identification. Normally, the starting point of DNA analysis takes weeks to determine, but the new protocol developed by these Californian researchers allows the ruling out of a primer within minutes. As a result, scientists will now be able to map other subjects.

However interesting this information would seem, a practical person would surely ask himself: “But what for?” Well such research will greatly benefit farmers as it will allow the development of selective breeding programs. Genetic sequencing of wheat that is used to produce bread can allow the identification of certain roles that genes play in crop growth and even infection susceptibility. Consequently, in partnership with genetic engineers, farmers could develop higher quality specimens of resistant types of wheat and even create pest resistant plants.  Moreover, there is also a distant possibility of developing wheat plants that could thrive in harsh conditions or extreme low humidity. Such plants could be planted in arid regions in Africa and could create hope of feeding the world’s hungry children.

Even in the U.S., genetic engineering of the plants that are being mapped could have tremendous implications. Currently, 75% of grain products that are being sold in the United States are wheat based and while 42 states grow the plant, production is predicted to experience a drop in the future. In spite of the drop in production, supply will be expected to increase. As a result, officials will have to come up with methods of increasing farm production and such studies are the way of the future.