You are here: Home / National News / Weapons Still Being Sent To Ukrainian Separatists by Russia 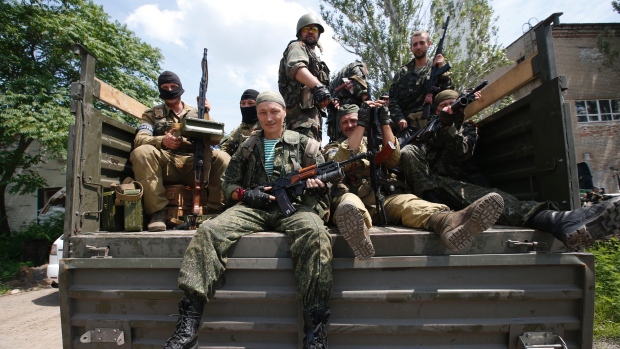 In spite of President Vladimir V. Putin’s attempt to calm the situation concerning the downing of flight MH17 in eastern Ukraine, it seems that Russia is still strongly supporting the pro-Russian rebels. Shipments of arms have not ceased to take place despite the fact that the entire world is watching Russia closely due to its involvement in the issue.

Twenty additional tanks have been sent on Tuesday by Russia to separatists, according to officials. While the information was made public by the Ukrainian government, it also coincides with independent assessments made by independent U.S. secret intelligence. Rebels in the city of Luhansk have not only received these tanks, they also obtained vehicles and surface missiles from their Russian supporters within the last week.

While no evident conclusion has been reached in the downing of the Malaysian Aircraft, which crashed in eastern Ukraine, evidence still continues to place the Ukrainian rebels in the middle of things. Russia has apparently not just provided the arms and training, they have also included instructions for the use of missiles in their attempts of supporting the rebels.

While it is still unknown who is responsible for the downing of flight MH17, many experts believe that the crash was the results of some over-eager rebels trying to down an Ukrainian military jet and landing a passenger jet flying from Amsterdam to Kuala Lumpur. Direct Russian involvement has also not been proven beyond a shadow of a doubt.

Rebels had been constantly firing at Ukrainian planes and had downed more than a dozen within the past few months. The difference, however, was in the fact that the majority of military aircrafts that rebels had downed were flying at low altitudes, whereas the passenger jet was flying as high as 30,000 feet. This could indicate that the rebels had been targeting this particular aircraft especially.

Officials have made other information public regarding the anti-aircraft campaigns that the pro-Russian separatists have been carrying out. It seems that their efforts have been increasing due to Ukrainian success against the rebels. Moreover, they said that it is highly improbable that Ukrainian military could hit the aircraft as the Ukrainian government hasn’t been using anti-aircraft systems. This is due to the fact that separatists don’t present an air threat.

Sadly, Russian support is continuing to arrive within the Ukraine and this is most troubling because a constant supply of tanks, missiles and arms will only mean future violence and casualties.