You are here: Home / Archives for ukrainian separatists 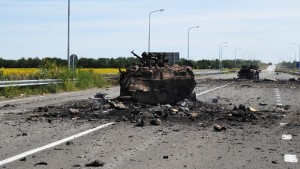 Official reports say that the Ukrainian army has captured a police station from the rebel-held base. The army also reported losses, including a fighter plane which was taken down by pro-Russian forces. Their troops penetrated the city of Luhansk, in eastern Ukraine. This event might prove a breakthrough development after almost half a year of conflicts, says the Ukrainian government. State … END_OF_DOCUMENT_TOKEN_TO_BE_REPLACED 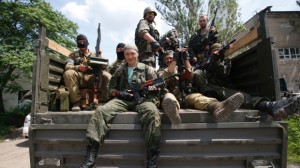 In spite of President Vladimir V. Putin’s attempt to calm the situation concerning the downing of flight MH17 in eastern Ukraine, it seems that Russia is still strongly supporting the pro-Russian rebels. Shipments of arms have not ceased to take place despite the fact that the entire world is watching Russia closely due to its involvement in the issue. Twenty additional tanks have been sent on … END_OF_DOCUMENT_TOKEN_TO_BE_REPLACED