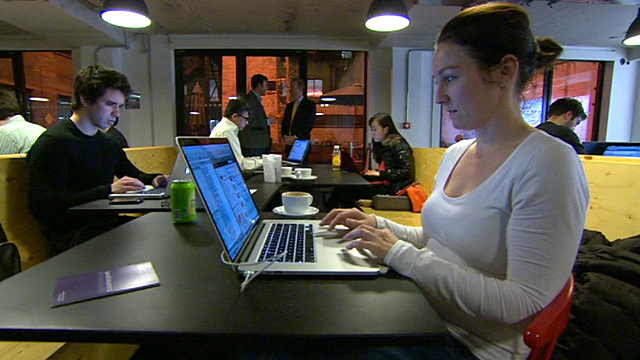 Reuters reports that earnings from U.S. technology companies will take center stage next week, and possibly give investors new opportunities to invest in this sector. Yahoo has already announced that it will be acquiring the Israel-based start-up company, RayZ, eBay.inc is set to report next week, and so is Google Inc., on Thursday. It is actually surprising to hear that the tech sector has the highest projected earnings growth rate from the 10 S&P sector (it’s a 12.3 percent – the best growth rate since the first quarter of 2012).  Last year, things weren’t looking very bright for the tech sector, as it recorded a drop of 3.2 percent in 2013.

According to Goldman Sachs, an analyst, the earnings-per-share growth for this sector is 5.4% above the S&P 500 on average in the last 10 years. However, it is only 1.0% above the benchmark index. Goldman Sachs also ads that, in his opinion, the technology sector are the most undervalued one, and it could actually give investors many benefits, especially since technology is making incredible advancements. Americans will always be interested in the latest technologies, and many tech companies are moving to expand their mobile activity, which is all the more reason for investors to look towards this sector.

“We want to hear good solid numbers and if we get that from tech names, it will help.”

Quincy Krosby, market strategist for Prudential Financial, Newark, New Jersey, also says that the tech market is starting to gain important momentum since economic data got better. Stephen D. Simpson, CFA, stresses the immense opportunity to be found in this sector: “The technology sector is an inescapably huge investment opportunity for corporate America and Wall Street (…) eclipsing all others.”

At present, the tech sector has 13 sub-sectors, but there are four key “mega sectors” that investors should look out for, and they are semiconductors, software, networking and hardware. Let’s take a closer look at them:

Reuters also reports that the semiconductors and semiconductor equipment has had the highest growth rates in the last year (20.3 percent). The Nadasq is also up 5.7 percent. Sadly, nine of the sector’s 21 sub-industries are expected to have negative earnings. Even with this news, analysts are confident that now is the time to invest in the technology sector.