US space agency NASA has announced that its veteran Voyager 1 spacecraft has been hit by a ‘tsunami’ triggered by the Sun.

The collision comes at a time when the mission is at the advanced level into interstellar space, region beyond the heliosphere and that separates the stars.

The NASA scientists had earlier in 2013 confirmed that the probe which was launched on September 5, 1977 (a few days after sister probe Voyager 2) had officially left the sun’s sphere of influence, i.e. heliosphere.

Scientists say the interstellar space differs from the heliosphere heavily. It isn’t quite empty, they say. 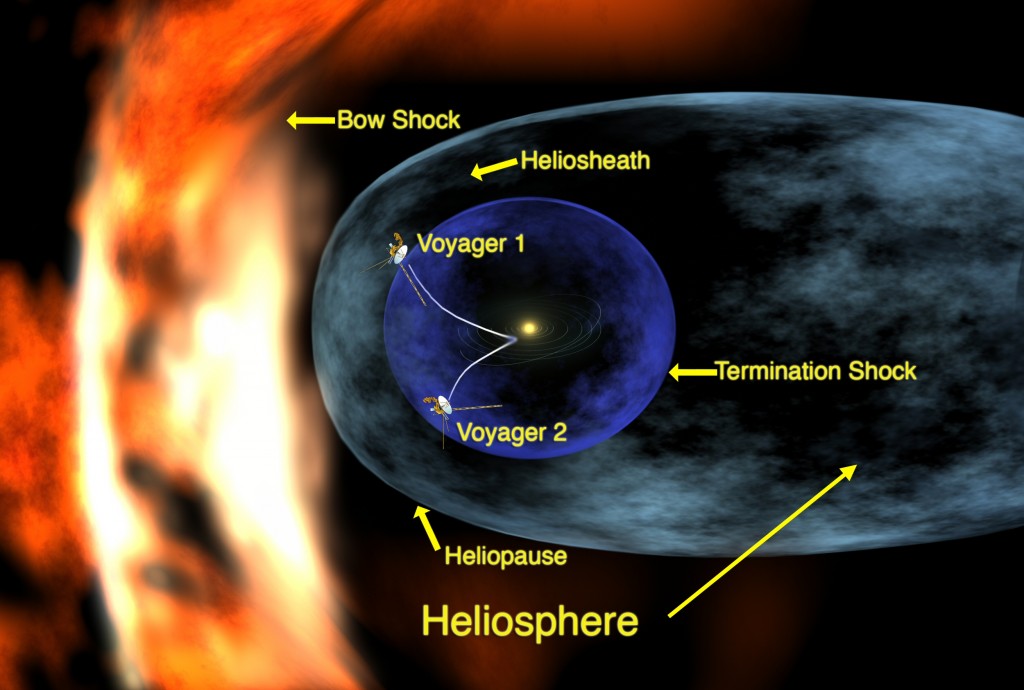 According to the scientists, the 37 year-old Voyager spacecraft can easily measure very thin mix of interstellar plasma that is present in the space. In the process, it can get affected by the sun’s presence from 12 billion miles away.

Ed Stone, California Institute of Technology in Pasadena, said, “Normally, interstellar space is like a quiet lake. But when our sun has a burst, it sends a shock wave outward that reaches Voyager about a year later. The wave causes the plasma surrounding the spacecraft to sing.”

Ed Stone has been the mission’s project scientist since 1972.

The ‘tsunami’ triggered by the Sun has traveled through the outermost boundary of the heliosphere, heliopause.

Washing through the interstellar plasma, the solar disturbance has caused the electrons in the plasma to ‘ring.’ Moreover, it has also impacted on high-energy cosmic rays that Voyager can also detect.

“The tsunami wave rings the plasma like a bell. While the plasma wave instrument (on board Voyager 1) lets us measure the frequency of this ringing, the cosmic ray instrument reveals what struck the bell — the shock wave from the sun,” said Stone.