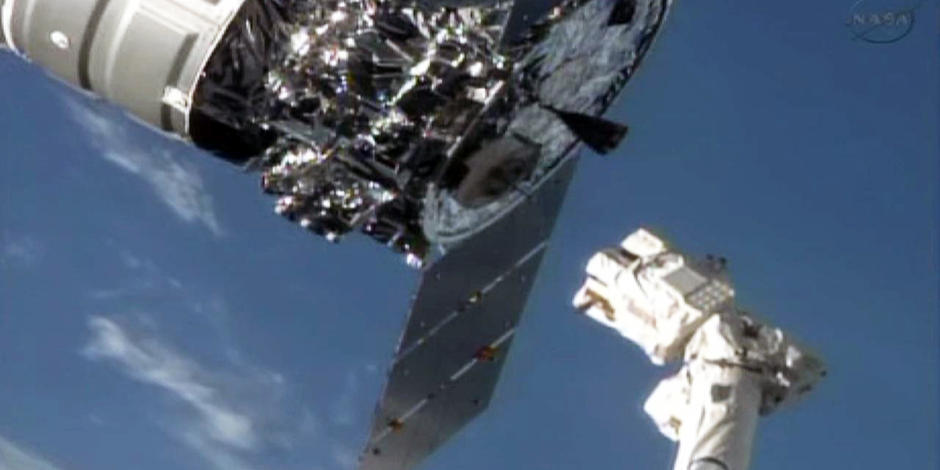 Residents of the International Space Station are set to receive a care parcel from Earth as a commercial cargo ship rocketed towards them yesterday. The rocket lifted off right on time at 12:52 p.m. on Sunday, July 13, from NASA’s Wallops Flight Facility in Virginia.

The 3,000 pound package reportedly contains some science samples, mini-satellites, new odor-resistant gym clothes and of course food. According to NASA, the new type of clothing is resistant to bacteria and odor buildup. In other words the astronauts will smell less during their two-hour daily workout.

As far as the mini-satellites are concerned, they are a flock of nanosatellites that are designed to take images of Earth, developed by Planet Labs of San Francisco. Apart from these there’s also a satellite-related investigation called TechEdSat-4 built by NASA’s Ames Research Center in California, which is supposed to develop a technology that will allow small samples to be returned to Earth directly from the space station.

The mission had already been delayed a few times before, due to technical issues and bad weather conditions. This time however, David W. Thompson, Orbital’s Chairman and Chief Executive Officer, was more optimistic, predicting that Orbital would “execute another successful mission.”

When the Cygnus took flight, the International Space Station was hovering about 260 miles above Australia The unmanned aerial vehicle should reach its destination on Wednesday.

Apparently the Cygnus will remain at the space station for another month. Afterwards it will be filled with trash and released into the atmosphere, where it will eventually combust.

More than that, the delivery service had been paid for. NASA hired two companies, the Virginia-based Orbital Sciences and California’s SpaceX, to keep the space station well stocked once the shuttle program ended. These international partners make shipments as well. For instance, the European Space Agency, will launch its final supply ship in 1 1/2 weeks’ time from the French Guiana.

This Saturday marked the 5 000th day of continuous human habitation at the 260-mile-high outpost. Six men are currently on board, representing the United States, Russia and Germany.

This current mission is Orbital Sciences’ second out of eight official cargo delivery flights to the International Space Station. The Dulles, Virginia-based Orbital launched the first cargo flight, Orb-1, earlier this year in January. This one is called Orb-2.