You are here: Home / Business / Is the AbbVie-Shire Merger Drowning because of Congress? 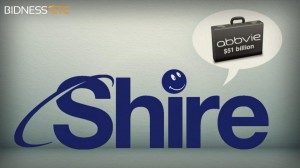 Any marriage proposal is a logical consequence of months of courtship, flowers, candy and dates. Similarly, AbbVie has been putting in months of efforts in so that they would have the opportunity of acquiring the Irish drug manufacturer Shire but will they actually manage to seal the deal?

Several months of courtship, four previous offers and 54 billion dollars later, a proposal that would become the largest tax inversion to date has indeed been made. A deal has been struck for AbbVie to buy Shire, but this would mean that the U.K. would become the new domicile of this Chicago-based drug manufacturer. Such a new tax situation is certainly not viewed positively by the Obama administration.

As more and more American companies try to position themselves better where tax policies are concerned, Congress and the Obama administration are scrutinizing them more and more. Examples of firms that have created opportunities for themselves to have friendlier tax policies are countless. Medtronic, for instance, has bought Covidien in June for $42.9 billion and through this purchase, the company will be relocating to Ireland (the Mecca, if you will, of tax inversions due to their 12.5% corporate tax rate). Mylan is another company that went a similar road: by buying Abbott Laboratories for $5.3 billion, they will be incorporating the new company in the Netherlands.

Unlike the Medtronic-Covidien proposal, AbbVie are forced to ensure a break-up fee of $1.6 billion (regardless of their decision to continue with or walk away from the Shire acquisition) due to U.S. legislature.

Companies are choosing to attempt such risky buyouts because of federal corporate tax rates that seem to be higher than anywhere else: 35% in the U.S. (while the United Kingdom has a main corporate rate of 21%).

Consequently, one of the largest pharmaceutical companies (Pfizer) attempted a similar tax inversion (with no avail) as they tried to buyout AstraZeneca, a U.K.-based company. Had the bid succeeded, it would have not only ensured that Pfizer pay U.K. tax but it would also have created a monster pharmaceutical company.

Legislation is being revised so as to no longer permit companies to effectively renounce their citizenships so as to be able to avoid paying taxes in the United States. Jack Lew, Treasury Secretary, has written a letter to congressional committees addressing this exact issue. He also endorsed legislation that could help the Treasury obtain over $19 billion in tax revenue within the following 10 years.