You are here: Home / National News / US Government introduces Pollinator Action Plan to Save Honey Bees

According to news website Alabama.com, the recently released executive action is Obama ordering the federal government to develop an initiative which will protect pollinators. These pollinators will include species such as honeybees, butterflies, birds and bats.

Bees play a serious role in our eco system. Humans and most animals will have a hard time without bees pollinating everything from flowers to farms. The mysterious decline in the bee population should raise alarm across the planet. 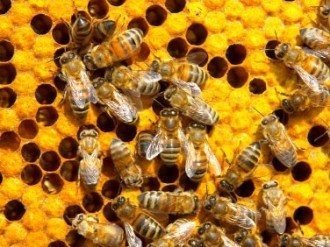 Scientists believe that bee losses are likely caused by a combination of stressors including poor bee nutrition, loss of forage lands, parasites, pathogens, lack of genetic diversity and exposure to pesticides.

Continuous yearly decline create concern that bee colony losses could reach a point from which the commercial pollination industry would not be able to adequately recover.

Bee populations saw a 23% decline last winter, a trend blamed on the loss of genetic diversity, exposure to certain pesticides and other factors.

The task force will reportedly battle with the recent and apparently abrupt decline in the number of bees in the United States. The White House pollinators plan will be executed through President Barack Obama’s inclusion of $50 million in his 2015 budget proposal which aims to study and prevent the loss of pollinator species.

Reports say that the new task force made possible through the White House pollinators plan will be led by the Agriculture Department and the Environmental Protection agencies. Meanwhile, government agencies will also reportedly be required to develop plans which will progress the habitats of pollinators on federal lands.

The U.S. Department of Agriculture (USDA) has announced $8 million in Conservation Reserve Program (CRP) incentives for Michigan, Minnesota, North Dakota, South Dakota and Wisconsin farmers and ranchers who establish new habitats for declining honey bee populations. More than half of the commercially managed honey bees are in these five states during the summer.

The announcement comes in addition to $3 million USDA designated to the Midwest states to support bee populations earlier this year through the Natural Resources Conservation Service Environmental Quality Incentives Program.

President Barack Obama wrote in a presidential memorandum addressing the White House pollinators plan to fight decline in bees, “Given the breadth, severity, and persistence of pollinator losses, it is critical to expand Federal efforts and take new steps to reverse pollinator losses and help restore populations to healthy levels.”

The President reportedly made the announcement on the new White House pollinators plan after finding the problem to be gravely affecting farmers and consumers. According to a White House fact sheet, at least 90 commercial crops harvested in North America rely on honey bees including nuts, fruits and vegetables. According to date collected, pollinators also have a profound economic impact as they contribute more than $24 billion dollars to the U.S. economy

White House pollinators plan is a positive effort from the U.S. government and it is a hope that the task force will be able to help increase the declining population. As it is, collected effort of the government and citizens are still imperative. A fact sheet from the White House reports that the number of bee colonies in the U.S. has dropped from 6 million in 1947 to 2.5 million today.