A long-lost spacecraft is coming home for the first time in three decades. Launched 36 years ago, the zombie spaceship is apparently coming home after nearly 20 years of drifting out in space with no contact on a lonely course through space. Launched during the disco era and shuttered by NASA in 1997, the spacecraft is now returning to the civilization that abandoned it.

ISEE-3, short for International Sun-Earth Explorer—was launched in 1978, executing a pair of scientific missions and a groundbreaking in-space maneuver. It was believed that the spaceship, the International Sun-Earth Explorer-3, was destined to pass by Earth without any sort of fanfare, , except for a slim chance of crashing into the Moon, or possibly starting to loop purposelessly through the inner solar system over and over. 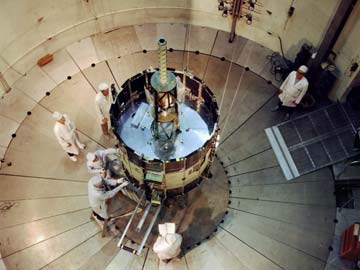 The Planetary Society’s Emily Lakdawalla said, “Ordinarily when NASA is done with a mission, they send a command to turn off the transmitter. This was kind of a mistake, the fact that this transmitter is still operating. More impressive is the fact that  more than 30 years old instruments of the spacecraft still seem to be in working order. It’s definitely a special spacecraft in the history of planetary exploration. The satellite weighs over 850 pounds, but its contributions to science have been very significant”.

After spending 36 years in space, the craft, International Sun-Earth Explorer-3 appears to be in a decent working condition. As it nears Earth, it is expected to arrive in August and we’ll have our best opportunity in about 36 years to redirect it on another mission. The foremost challenge, the engineers say now will be in figuring out how to command it. The spacecraft was long ago given up as dead and as a result the ’70s-era technology that was used to communicate with it was scrapped. The Deep Space Network lost the proper transmitters in 1999. Currently, no one has the operational manual and the zombie spaceship can be inconsistent at times. 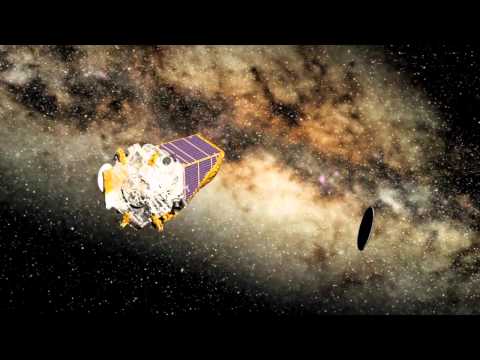 In 2008, the Deep Space Network received the carrier frequency of the spacecraft’s radio, essentially a dial tone from the faraway spot where ISEE-3 was spotted.

Two years later, NASA considered reviving contact to the 2014 flyby, but concluded that the scientific payoff would not be worth the effort and money. Fans of the old spacecraft persisted, arguing that it could be used to train future scientists and engineers.

The efforts to recover the zombie craft started in April of this year using a telescope in Puerto Rico. The group was able to contact the spaceship. This officially made Skycorp the first private organization to actually command a spacecraft located outside the orbit of Earth. Mr. Wingo and 20 other individuals who came from around the United States, including numerous members of the original ISEE-3 group started to raise $125,000 to help pay costs to do with the flyby and they ended up collecting almost $160,000, from just under 2,240 donors. They were then able to sign an agreement with NASA to be able to take over.

Mr. Wingo has now persuaded NASA to use the Deep Space Network to identify ISEE-3’s trajectory, to calculate the rocket burn required to put it on a path to Earth orbit.

If everything goes as planned, the zombie spaceship may return home after nearly 20 years of drifting out in space and will hopefully return to its original location.