You are here: Home / Tech & Science / Meteor Shower, the First-Ever Camelopardalid Showed Up

A distinctive meteor shower sparkled the skies all over North America on Saturday. Going by the records of the responses from social media it seemed to be successful thriftily in some places on the night of the 23rd and the morning of the 24th from dusk till dawn. 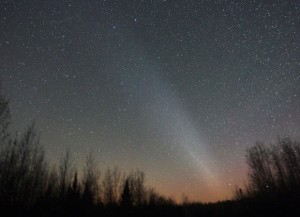 “Guess anyone who invited someone on a date to watch the ‘meteor shower’ is looking like a pretty big creep right about now,” New Yorker Kevin Depew tweeted.

The most interesting part of the new meteor shower, the Camelopardalidis the last part i.e. the comet that will be passing by Earth, beginning Saturday evening. 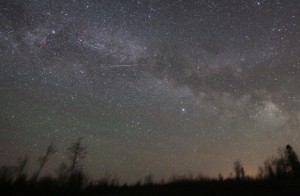 Camelopardalid is the rare member from the planet Jupiter. This meteor shower is unusual as this is the first time Earth will pass through that comet’s orbit at this time of year and it is for the first time observed so close.

The team working with Gianluca Masi at the Virtual Telescope Project reported a number of bright meteors as well but no storm.

It did produce some unusually slow meteors and one exceptional fireball with a train that lasted more than 20 minutes.

The Camelopardalids is a debris from Comet 209P/LINEAR, a very dim comet discovered in 2004 by the Lincoln Near-Earth Asteroid Research project and orbits the sun every five years.

Meteor showers generally occur when the planet Earth passes through the debris shed from a comet. When that debris strikes the Earth’s atmosphere at tens of kilometers per second, it heats up due to friction and glows; making a streak across the sky that is called a meteor.

NASA couldn’t predict it ahead of time, because the debris field was formed some 200 years ago, when astronomers couldn’t see it, said NASA meteor observer Bill Cooke.