A new study has claimed that the scientists may have overvalued the amount of water present on the Moon.

After studying the lunar rock samples, researchers led by Jeremy Boyce from the University of California – Los Angeles concluded that the amount of water present on Moon’s surface is much lesser than it is thought.

So far, mineral apatite has been used to measure the amount of water on the lunar surface.

The researchers created a computer model to accurately predict how mineral apatite would have crystallized from cooling bodies of lunar magma early in the Moon’s history. 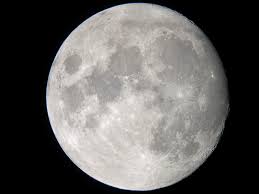 According to the researchers, the study revealed that the unusually hydrogen-rich apatite crystals found in many lunar samples may not have formed within a water-rich environment as it was originally thought. Scientists use the mineral apatite method for estimating the amount of water in lunar rocks.

“Our new results show that there is not as much water in lunar magma as apatite would have us believe,” Boyce said while announcing the findings.

It was an age-old belief that the moon was almost entirely devoid of water. But the 2010 discovery of hydrogen-rich apatite within lunar rocks hinted at a more watery past.

The researchers say, the findings have indicated that the apatite may not be a reliable indicator of water levels on the moon. They believe that the high water content on lunar surface is likely due to a “quirk” that adds hydrogen as it crystalizes.

Boyce says, the high water content within lunar apatite is the result of crystallisation process and not a water-rich lunar environment.