The United Nation’s International Court of Justice (ICJ) on Monday imposed temporarily halt on Japan’s whaling programme in the Antarctic.

The international court found the claims right made by Australia that the programme was not for scientific research as claimed by Tokyo. Australia has brought the case in the International Court of Justice in May 2010.

Reading a 12-4 decision by the court’s 16-judge panel, Presiding Judge Peter Tomka of Slovakia said Japan’s program failed to justify the large number of minke whales it takes under its current Antarctic program, while failing to meet much smaller targets for fin and humpback whales. 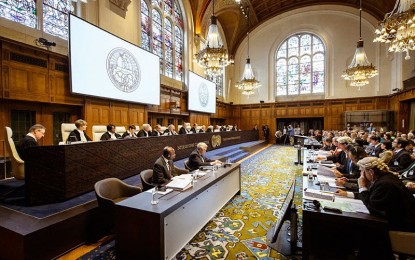 Expressing disagreement over the court’s verdict, the Japanese government said, “We would abide by the decision but the decision is highly regrettable and disappointing.”

Australia has filed case against Japan at the ICJ for resolving disputes between nations in hopes of ending whaling in the icy Southern Ocean.

The decision is a major victory for environmental groups that oppose whaling on ethical grounds.