Giving a rare treat to the space gazers, US space agency NASA has announced that an asteroid will fly past Earth closer than the moon today.

NASA says, with the help of its current detection capabilities the space agency is able to make such last minute asteroid announcements, which happen around 20 times a year 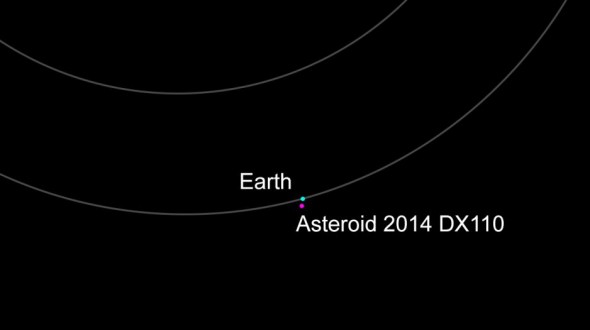 It has also clarified that it would be a delightful sight for the space gazers as it would be really very close to the earth. However, they have turned down the possibility of it hitting the planet. For reference, the moon is 384,000 kilometers away. NASA says, it is expected to be closest to Earth at 1pm PST (4pm EST) today. It isn’t a new asteroid and therefore already carries the designation Asteroid 2014 DX110.

According to NASA’s Earth impact risk summary, this won’t be DX 110′s only close shave with Earth. The asteroid has a one in 10,000 chance of colliding with the Earth on March 4, 2046.