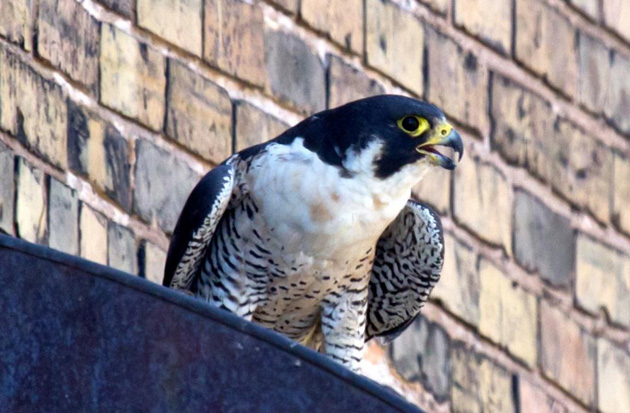 The swift alteration of natural lands to concrete-dominated urban centers is leading to great losses in natural biodiversity. A new study revealed surprisingly large numbers of plant and animal species persist and even blooms in urban environments to the tune of hundreds of bird species and thousands of plant species in a single city.

UCSB’s National Center for Ecological Analysis and Synthesis (NCEAS) worked in collaboration with international scientists to construct a map to trail changing climates and migration of the species.

The research was funded by the National Science Foundation. It was published in Proceedings B, a journal of the Royal Society of Biological Sciences.

“While urbanization has caused cities to lose large numbers of plants and animals, the good news is that cities still retain endemic native species, which opens the door for new policies on regional and global biodiversity conservation,” said lead author and NCEAS working group member Myla F.J. Aronson, a research scientist in the Department of Ecology, Evolution and Natural Resources at Rutgers, The State University of New Jersey.

The outcomes provide information for conservationists to exploit alternative way (such as assisted migration) to deal with species for future sustainability.

Findings revealed plant and animal species that are threatened and endangered, can flourish in cities, even as others decline or disappear entirely. Cities with more natural habitats sustain more bird and plant species and witness less loss in species as the city nurtures.

“We do pay a steep price in biodiversity as urbanization expands,” said coauthor Frank La Sorte, a research associate at the Cornell Lab of Ornithology. “But even though areas that have been urbanized have far fewer species, we found that those areas retain a unique regional flavor. That uniqueness is something that people can take pride in retaining and rebuilding.”

“It is true that cities have already lost a substantial proportion of their region’s biodiversity,” said Madhusudan Katti, a faculty member in the Department of Biology at California State University-Fresno. “This can be a cup half-full or half-empty scenario. If we act now and rethink the design of our urban landscapes, cities can play a major role in conserving the remaining native plant and animal species and help bring back more of them.”