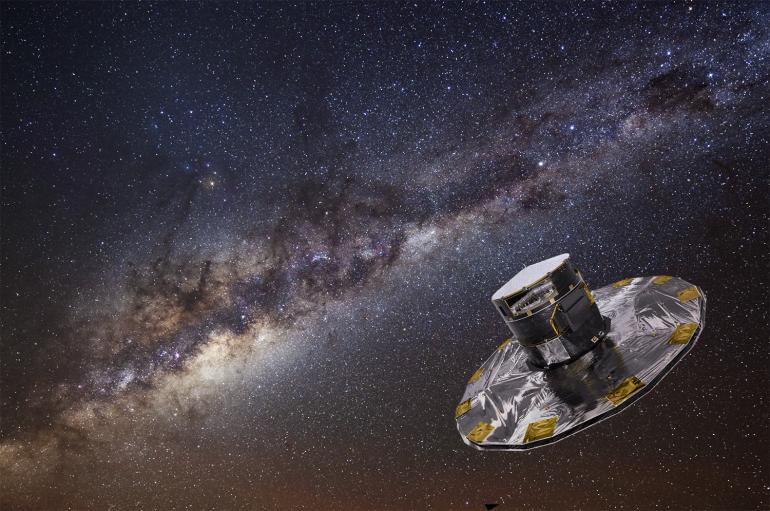 A new breakthrough using data from the Gaia-ESO project provides new insight into our Milky Way galaxy. It supports the fact that the galaxy might have formed the inside-out with the inner region forming faster than the outer reaches.

The European Space Agency’s Gaia satellite has been launched this month. It has provided substantiation supporting up theoretically-predicted divisions in the chemical composition of the stars that make up the Milky Way’s disc – the vast collection of giant gas clouds and billions of stars that give our Galaxy its ‘flying saucer’ shape.

Astronomers tracked fast-produced elements like magnesium to see how quickly different parts of the Milky Way were formed.

“The different chemical elements of which stars – and we – are made are created at different rates – some in massive stars which live fast and die young, and others in sun-like stars with more sedate multibillion year lifetimes,” said Professor Gerry Gilmore, a Cambridge University professor of astronomy, lead investigator on the Gaia-ESO Project.

The images snapped in the project also provide new insight on the much-pondered “double structure” of the Milky Way’s disc – the idea that there might be “thin” and “thick” discs. 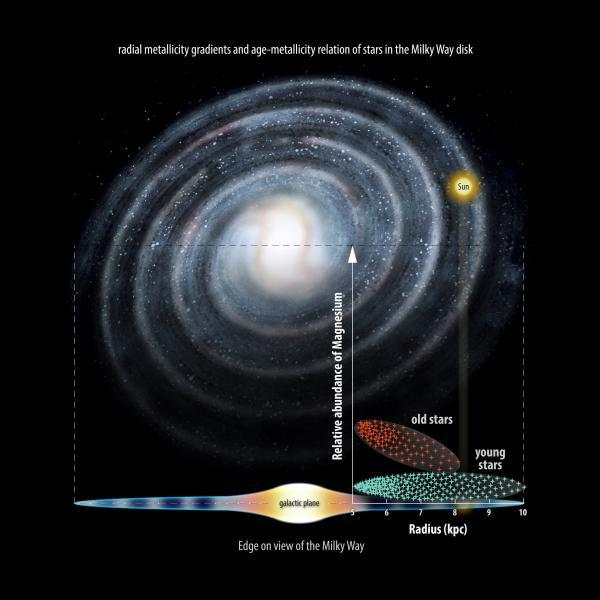 During the latest research, the team found that the stars in the young, ‘thin’ disc aged between 0 – 8 billion years all have a similar degree of metallicity, regardless of age in that range, with many of them considered ‘metal-rich’.

There is a “steep decline” in metallicity for stars aged over 9 billion years, typical of the ‘thick’ disc, with no detectable ‘metal-rich’ stars found at all over this age.

But stars of different ages and metallicity can be found in both discs.

Massive stars also have the tendency to lead a short life with a violent end. The violent end produces huge amounts of magnesium while going supernova. The deaths of such stars can also form a neutron star or in some cases black hole.

“We have been able to shed new light on the timescale of chemical enrichment across the Milky Way disc, showing that outer regions of the disc take a much longer time to form,” said study leader Maria Bergemann from Cambridge’s Institute of Astronomy. “This supports theoretical models for the formation of disc galaxies in the context of Cold Dark Matter cosmology, which predict that galaxy discs grow inside-out.”

The findings titled “The Gaia-ESO Survey: radial metallicity gradients and age-metallicity relation of stars in the Milky Way disk” was published in the journal Astronomy and Astrophysics.