You are here: Home / Science / This Calving Iceberg in Antarctica Stuns NASA Scientists 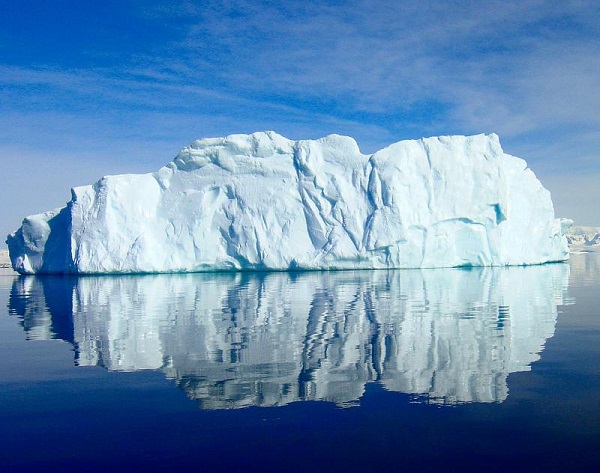 NASA doesn’t just deal with other planets; they explore the wonders of our world, too, such as this massive iceberg that recently broke off the Antarctic ice shelf.

Dubbed Iceberg A-68, this frigid body is bigger than the state of Delaware, weighing approximately one trillion tons and measuring 2,240 sq mi, or 5,800 sq km. It was first detected in July, breaking off of an area called the Larsen C ice shelf.

Now that it is summer in the Southern Hemisphere, conditions allowed NASA to send a P-3 aircraft to the icy island on Sunday, November 13, 2017. It went as a part of Operation Icebridge, an effort to produce 3D maps of both Antarctica and the Arctic regions.

The group took pictures of Iceberg A-68, but also sought to determine how deep the water below was. To that end, they used a gravimeter, a type of accelerometer that is designed to measure small differences in the downward acceleration of gravity. Since water has less mass (and thus less gravity) than rock, the device is able to use gravity to determine what is below the glacier.

Kathryn Hansen, a science writer who took part in the trip, described the experience in an article for Earth Observation. She notes how stunning it was to see the glacier in person after only knowing it from satellite images, especially when flying overhead let her observe the full immensity of the glacier.

A-68 is so expansive it appears if it were still part of the ice shelf,

As it drifts away from the Antarctic mainland, scientists believe that Iceberg A-68 will wind up somewhere in the south Atlantic Ocean, like the South Georgia Islands or South Sandwich Islands. It is also breaking up as it goes, spreading more icebergs throughout the sea.