You are here: Home / National News / Government to Replace Food Stamps with Boxes of Nonperishable Foods 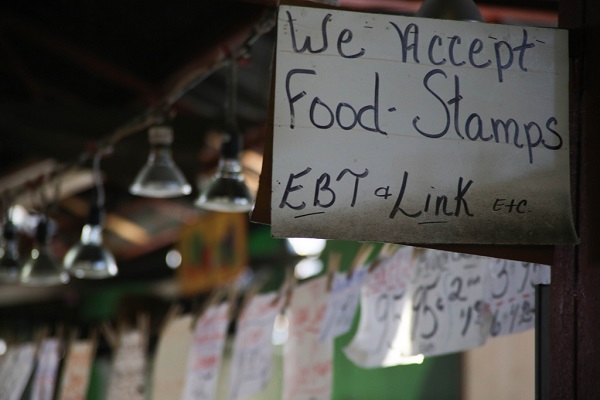 In a surprise move, the U.S. Department of Agriculture said food stamps would be replaced with boxes of shelf-stable foods bought by the government.

Millions of food stamp recipients will no longer be able to buy the food they want, as authorities plan to replace the cash with processed foods picked by authorities.

The food delivery boxes will contain produce, dairy, and meat grown in the United States. The boxes will not represent the entire food stamps allotment. The new delivery program is dubbed “America’s Harvest Box.”

Last year, 42.2 million Americans were eligible to receive food stamps. The program, called the Supplemental Nutrition Assistance Program (SNAP), costs the government $68 billion per year, or $125.7 per person per month. The food delivery box was the idea of the U.S. Department of Agriculture. An official said the department wants to “give it a chance”.

Agriculture Secretary Sonny Perdue praised the initiative as “innovative” and “bold”. He believes that the system would help more poor people get nutritious food for themselves and their loved ones. Also, the program will help domestic producers and farmers. According to the USDA, the level of food value for every food stamp recipient won’t change.

There is also another reason why the USDA insists on the new food delivery system. The government will be able to save a lot of money buy buying food items in bulk. In around a decade, the government could save $129 billion on the program.

White House Budget Director Mick Mulvaney confirmed that there will be “tremendous” cost savings as the food will be bought wholesale. Also, some people will decide to leave the program, which will lead to further savings.

It remains unclear how the food boxes will be delivered. According to a memo from the USDA, that issue would be taken care of by the states.
Image Source: Flickr