You are here: Home / National News / Democrats Want Franken Out 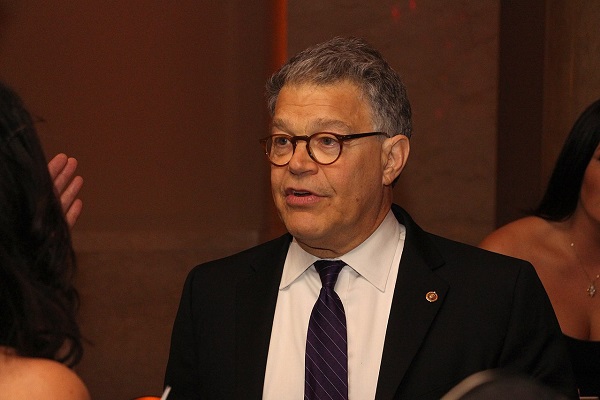 On Wednesday, dozens of Democrats called for Al Franken’s resignation after another woman accused him of sexually harassing her.

Democratic leader Senator Chuck Schumer agreed that the Minnesota Democrats should resign. Even though he acknowledged he considers Franken a “dear friend,” Schumer thinks Franken should “step down immediately” as an obligation to the people that elected him.

The embattled Senator plans to announce Thursday his course of action in the midst of the scandal. He dismissed rumors that he might be resigning. His office tweeted that “no final decision” had been reached and that he was still consulting his family.

However, on Wednesday evening, many Democrats expressed hope that he would resign. If Franken leaves, he would become the most high-profile lawmaker embroiled in the latest string of sexual harassment scandals affecting Washington.

Other Democrats Embroiled in Scandals

Earlier this week, Rep. John Conyers Jr (D-MI) who is the black congressman with the longest career in the U.S. Capitol. had to resign over similar sexual misconduct allegations. One of his accusers claims that he fired her after she refused his sexual advances.

Rep. Ruben Kihuen (D-NV) has been also pressured into stepping down since last Friday amid allegations that he had sexually harassed his ex-campaign finance director.

Franken is accused of forcibly kissing a woman before becoming Senator and groping multiple women with whom he agreed to have pictures with.

Senate Majority Leader Mitch McConnell (R-KY) also called for the Minnesota Democrat’s resignation. But ironically, Republicans have been less vocal about their colleagues’ resignations than Democrats were about Franken’s.

For instance, House Republicans remained unusually silent when one of their colleagues, Rep. Blake Farenthold of Texas was accused he paid one of his accusers in a sexual harassment case $84,000 to settle the lawsuit. The money was reportedly taken from a taxpayer fund that no one knew about.
Image Source: Wikimedia