You are here: Home / Science / Scientists Discover A Galaxy Almost As Old As The Big Bang (Study) 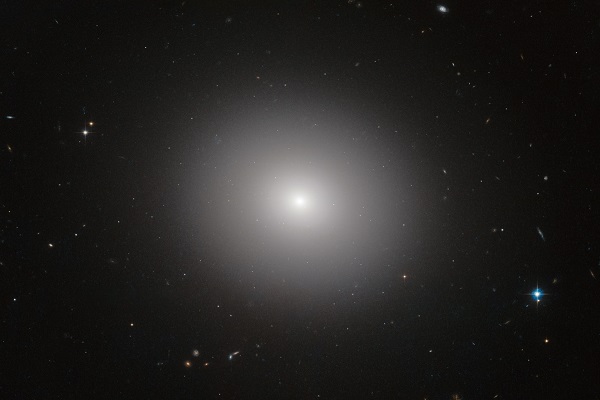 Scientists were able to spot the second oldest known galaxy in the currently known Universe.

A newly discovered galaxy is considered to be the second oldest known object in the Universe, and thus offers tantalizing clues about the Big Bang and the origin of the cosmos.

A research paper on the matter was published in journal Nature Astronomy and was led by Jorge Zavala, at the time a graduate at the Large Millimeter Telescope.

The Discovery of this Currently Second Oldest Known Galaxy

First discovered by the Herschel Space Telescope, the galaxy, dubbed G09 83808, was relayed to the LMT. Positioned atop Volcán Sierra Negra, with the largest steerable dish in the world, this was able to get a closer look at G09 83808. In doing so, it was capable of determining how old the ancient object was, based on its distance from the Earth.

The result estimated it to be some 12.8 billion light-years. This means that G09 83808 probably formed within the first billion years of the Big Bang, which was calculated to have occurred about 13.7 billion years ago. That makes this the oldest discovered by this telescope, with only one other object in the universe (another galaxy) known to be older.

Min Yun, a University of Massachusetts Amherst astrophysicist who took part in the study, considers this an impressive feat. She points out that the universe was too ionized during its first 400 million years for the formation of stars or other objects. As such, G09 83808 and its coeval relatives seem to have formed sometime between half a billion and 1 billion years after the universe is considered to have begun.

The LMT was able to spot this galaxy better than most telescopes because of its use of millimeter-length wavelengths. These can “see” through the giant clouds of dust that surround it. The LMT was also able to detect its redshift. Previous observations have shown that a very old object has a larger redshift, which measures how fast the universe is expanding.

Even then, we may not have seen it without the help of gravitational lensing, which made it appear ten times closer than it actually is.