You are here: Home / Science / Users Can Now Explore the Solar System on Google Maps 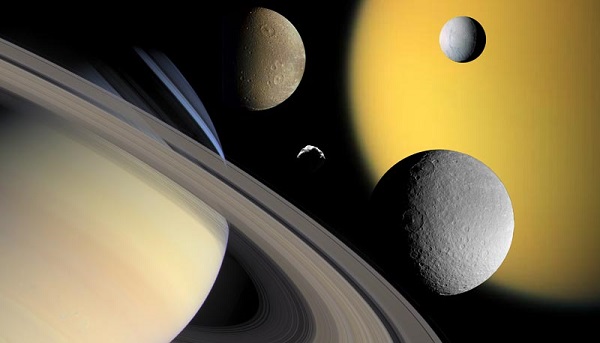 Saturn’s moons, Venus, and Pluto join the other planets on Google Maps

Apart from letting you explore mostly every corner on this planet, Google Maps lets users go beyond this world, and start looking for the secrets of other planets in the Solar System. Google has recently added some new destinations for users to explore, starting from the newly-explored moons of Saturn and reaching as far as the surface of our favorite dwarf planet, Pluto.

Cassini’s heritage is now on display on Google Maps

Cassini ended its lifelong mission last month, when it jumped into Saturn’s atmosphere. However, its observations brought a valuable insight on unexplored bodies in the Solar System. To allow everybody to access the heritage left by Cassini, Google included on Google Maps the images it captured of Saturn’s moons Enceladus and Titan.

These two moons sport some exquisite features which everybody deserved to see. Enceladus is covered in ice but, beneath that thick layer, an ocean might be flowing, together with heat and organic features which might preserve life forms. Titan, on the other hand, is the only cosmic object in the Solar System where liquid is flowing just like on Earth.

Jupiter’s moon, Pluto, and Venus are new additions to the Google Maps gallery

These are the most exquisite moons of Saturn, but are not the only ones added on Google Maps. Saturn’s other moons, Rhea, Dione, Mimas, and Iapetus, are all there. Jupiter’s moons have also joined the team. These are Io, Ganymede, and Europa. The three natural satellites have been discovered soon after our own moon. Around 1600, Galileo Galilei was the first one to observe and study them, together with another moon of Jupiter, Callisto.

However, these moons were not the only recent additions, as entire planets also joined the ranks of the worlds available for exploration. The distant dwarf planet Pluto is here too, together with Ceres. A closer full-fledged planet is added on the list as well, namely Venus. They joined our moon, Mercury, and Mars, which were already available for exploration on Google Maps.
Image Source: NASA Jet Propulsion Laboratory