You are here: Home / National News / Hillary Clinton Confesses In New Book Trump Is A Creep 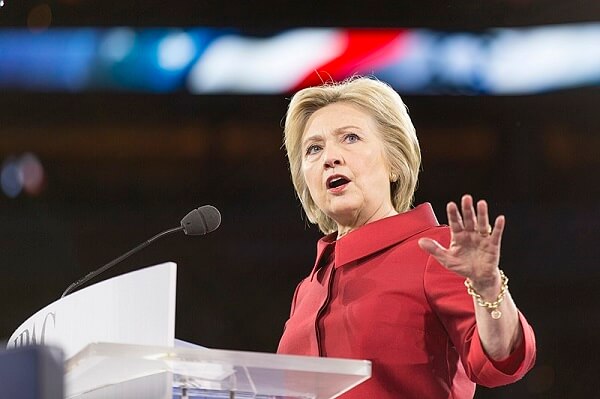 Eight months into President Donald Trump’s mandate and there is still controversy regarding the United States’ commander-in-chief. In her new book, What Happened, Hillary Clinton recalls the events during the 2016 presidential campaign and a rather unpleasant memory from the second presidential debate.

On Wednesday, MSNBC aired audio excerpts from Hillary Clinton’s new book, What Happened, during Morning Joe. Clinton recalls that the 2016 campaign was “joyful” as well as “infuriating”. She acknowledged her loss, regretting that she could not fulfill her promises to her voters as she lost the election to Donald Trump in the November election. However, Hillary Clinton writes that during the second presidential debate in St. Louis, Trump was looming close behind her as she went around the stage, answering questions. Clinton recalls:

We were on a small stage and no matter where I walked, he followed me closely, staring at me, making faces. It was incredibly uncomfortable. He was literally breathing down my neck. My skin crawled.

In addition, the St. Louis event came two days after a compromising audio tape featured Donald Trump bragging about groping women. During the debate, Clinton confesses the difficulty of the situation made her debate between two options. She said:

Do you stay calm, keep smiling and carry on as if he weren’t repeatedly invading your space? Or do you turn, look him in the eye and say loudly and clearly: ‘Back up, you creep. Get away from me. I know you love to intimidate women but you can’t intimidate me.

Clinton Chose to ‘Keep Her Cool’

Clinton went on to say that she decided to “keep her cool” instead, having had the experience of working with difficult men. She acknowledges “it would have been better TV” but she decided to keep a composed face instead. She said she knew millions were counting on her and she is pained by the idea that she let them down.

Hillary Confesses in Her New Book

Hillary Clinton’s book is set to launch on the 12th of September and is also expected to cover the Russia scandals and more insight into the role of the former FBI director James Comey.