You are here: Home / National News / Amid The Russian Scare, Kaspersky Under Congress Scrutiny 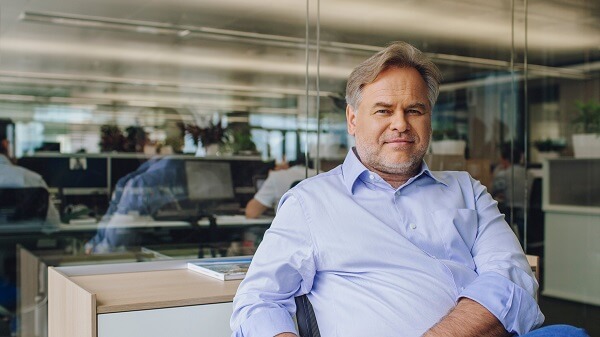 Eugene Kaspersky is under Congress scrutiny over current cybersecurity issues.

As a result of the political developments concerning President Donald Trump’s ties with Russia, the US Armed Services Committee have approved a new legislation that would ban a Russian-based anti-virus software. Kaspersky anti-virus is currently widely used by the American public, as well as high-profile institutions. However, as the issue of cybersecurity is rapidly developing, US lawmakers are pushing towards the ban.

The Senate Intelligence Committee held a meeting in May in which the issue of cybersecurity was tackled. Six intelligence chiefs responded negatively to the use of the Kaspersky anti-virus software on personal computers, including the NSA director, the CIA director, and the acting FBI director.

James Lewis, a cybersecurity expert at the Center for Strategic and International Studies noted that the founder of Kaspersky Lab, Eugene Kaspersky studied at a KGB Institute and was part of the Soviet military. Moreover, as the company is based and run in Moscow, the suspicions seem to be well-founded. Lewis further argues that a conversation with a former Russian ambassador only increased his suspicions.

On the other side, Eugene Kaspersky strongly disagrees with the decision. He stated that their political decisions are not based on any evidence of a wrong doing. On the Ask Me Anything thread on Reddit, Kaspersky wrote:

Once again, I think that due to political reasons, these gentlemen don’t have an option and are deprived from the opportunity to use the best endpoint security on the market without any real reason or evidence of wrongdoing from our side.

The Russian executive also stated that he would testify in front of the Senate and clear any issues if need be. Industry insiders are also confident in the product offered by the company.

Currently, the laptops sold at BestBuy have the anti-virus pre-installed. The Federal Bureau of Prisons uses the software as well so the ban could severely affect the company.