You are here: Home / National News / Romney Calls Quits, Jeb Bush Now at the Front of the 2016 Race 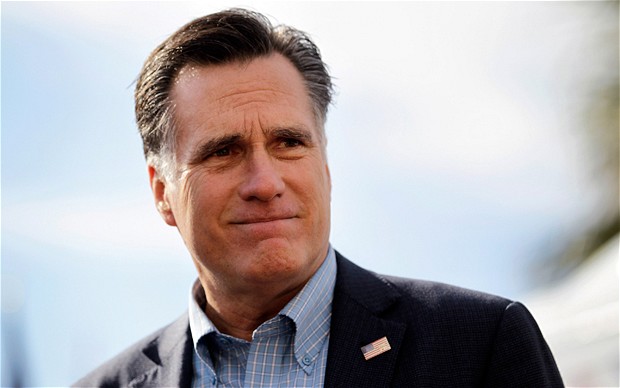 As Romney calls quits on a possible 2016 presidential run, things are looking up for Jeb Bush. Revealing his conviction that the Grand Old Party would be better represented by the “next generation of Republican leaders”, Mitt Romney announced that he would not be running for the White House in 2016. As Romney’s rollercoaster return to presidential politics comes to a halt on Friday, the question on everyone’s mind is whether ex-Florida representative Jeb Bush is what Romney meant by a new generation of Republican leaders.

Romney’s aides mentioned that the 2012 presidential nominee’s decision was both personal and painful. According to Romney, he would have had excellent chances of winning the next election, had he chosen to run, but that, after a three-week-long fact-hunt, relevant resistance to a possible third campaign was identified.

As Romney’s aides said, there wasn’t any specific event that triggered the former Massachusetts governor’s sudden announcement. In fact, the 67-year-old former governor shocked the political scene only three weeks prior by signaling his interest in a possible third presidential run.

Ron Kaufman, one of Mitt Romney’s devoted aides, explains that the governor was moved by the generous support that he had received. While McCain hadn’t been asked to consider running again, thousands urged Romney to, he noted.

Romney expressed his conviction that an untainted Republican leader, without his notoriety and who hasn’t had the chance of presenting his message to the American people may emerge as what Republicans need to defeat the 2016 Democrat nominee.

“In fact, I expect and hope that to be the case.”

It’s a long-standing tradition that Republicans pick their anointed nominees for the presidential run quite early on. And this candidate almost invariably becomes the one receiving the nomination.

Saul Anuzis, a veteran GOP strategist, believes that Romney’s withdrawal could represent “a mixed bag for Bush”, as he now: “becomes the target of everyone who is anti-establishment,” as opposed to how it previously was, when Romney and Bush equally carried that responsibility.

On the other hand, Romney’s announcement heralded an excellent day for Jeb Bush, who already had 75% of what Brian Ballard called “the cash people”. With Romney’s decision of withdrawing, Jeb has now secured the remaining 25 %.

While disappointed by Romney’s decision, Bill Kunkler, a long-time supporter of Romney’s has now announced that he’s all in for Bush’s campaign.

Kunkler announced, while also mentioning his intention of attending the February 18th Chicago fundraiser which had initially been planned by Romney supporters. Both Kunkler and his wife have now become Bush supporters, convinced that Jeb will be the only one capable of passing “the presidential test.”

Yet Jeb Bush does have some stiff competition coming his way. Bobbie Kilberg, Virginia fundraiser, and her husband Bill Kilberg have already raised well over $4 million for Romney’s campaigns. As opposed to Kunkler and his wife, they will not commit to Jeb’s campaign and have decided to back New Jersey Governor Chris Christie instead, pledging to bring in as many donors as possible.

As opposed to his first two presidential campaigns, the 2016 presidential run should have proven more challenging for Romney, his GOP aides suggested, after a thorough assessment of the former governor’s 2016 prospects. While he was surely on a path to victory, they identified that he had been losing support in some of his most cherished locations, New Hampshire included.

On the other hand, Jeb Bush also has several hurdles he needs to jump. Is Jeb able to put together an efficient, well-organized campaign operation for the digital age we live in? Moreover, can he harbor the charisma and exquisite political skills required to overcome the particularities of states such as New Hampshire and Iowa, where candidates face grinding town-hall meetings, receptions and forums?

Voters shouldn’t assume, however, that only Jeb and Chris will be running in 2016 for the most-coveted position in the US. In fact, all prospective candidates will surely not shy away from approaching any prospective donors, and former Texas Gov. Rick Perry, Wisconsin Gov. Scott Walker as well as Sen. Rand Paul are sure to make significant appeals and give Jeb and Chris a run for their money.