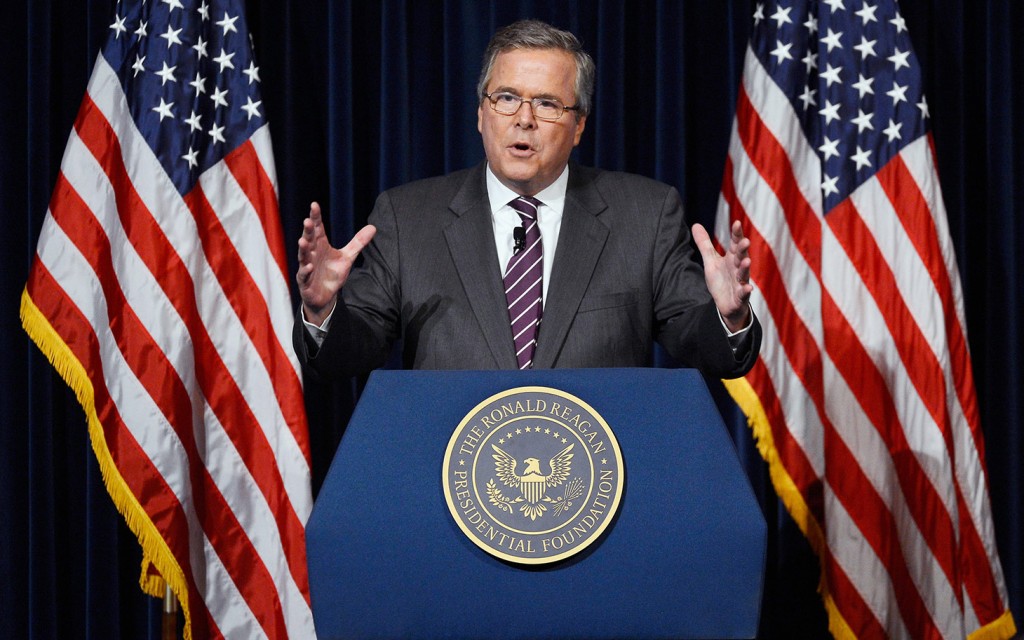 Recent weeks have shown Jeb Bush in the most obvious light that he might be running for president in the next election, more than any other potential candidate. He quit he positions in various corporate boards, he put together a political action committee (PAC) and started commenting on various news events – all of which look as basic requirements for entering the presidential politics.

Furthermore, the former Florida governor has stepped up his game, by improving his social media activity, as any modern-day politician has to, if he wants to be relevant. He chose to activate on Instagram, by creating an account and posting engaging and creative content. For example, he announced the forming of the new PAC in the shape of a video, which showed him casually walking down a city street, very succinctly presenting his plan.

No matter what critics believe, Bush’s extensive immersion in the world of social media is completely necessary, but the potential candidate has a lot of additional work to do, if he wants his campaign to stay relevant in the modern demographic.

If he chooses to announce his candidacy, Bush must be prepared to enter a completely transformed political scenery, different than the one he entered in his 2002 campaign. Back then, the best social tool might have been emailing from your mobile phone, but technology has advanced. Nowadays, experts assert that campaigning on social media is one of the greatest assets for any presidential candidate running in 2016.

Even though Bush’s representatives did not reveal what is his perspective on social media strategies, we could clearly see that he takes things seriously. His intentions of running in the next election could be connected to an improvement in his strategy of hands-on social media. He started increasing his content in spring, and really built up late in the summer, once he adhered to the other midterm electoral candidates.

John Allen Hendricks, co-author of Presidential Campaigning and Social Media, stated that posting on Facebook and Twitter alone does not make an efficient social media campaign. He encouraged Bush to explore more of the tool’s possibilities. Hendricks prompts candidates to follow the voters, and start engaging with them on their terms, and social media and online media platforms are most certainly where Millennials can be reached.

Beyond connecting with the potential demographic of voters, there’s one other way of using social media in profitable ways for the campaign: raising money. Keith Kincaid, a digital media campaign veteran, explained that candidates should be careful in using social networks. They should present themselves as skillful, or at least try not to appear as “dinosaurs” in the digital era. Obama used the functional side of social media in the best way anyone can: he managed to get people to donate.

In his 2012 candidacy, President Barack Obama exceeded all expectations by raising $690 million online, amounting to almost 70 percent of all the money he had raised. Obama’s campaign staff was extremely aware of the voters’ preferences based on demographic detail, allowing them to know which were the best ways to influence your decision on voting.

Bush began his own process of knowing his voters, starting with his Right to Rise PAC. Supporters are asked to give not only their email address and zip code, but also their Instagram username. There are two possible reasons for his focus on Instagram: the fact that this social network is second in number of users only to Facebook, and also because Instagram users are mostly comprised of the demographic to which Bush’s campaign serves: young and female. Kincaid supposed that maybe Bush believes he has an advantage in this group of voters, or that maybe this area is largely unexplored by other candidates.

Instagram might prove a good start in Jeb Bush’s social media driven campaign also because no other candidate competes with him on the video and photo sharing website. His choice has proved effective, as followers reached 4000 merely 24 hours after he joined Instagram an announced his PAC. However, he has a lot to catch up, because other potential competitors are way ahead of him on Facebook, for example, where Kentucky Senator Rand Paul has reached 1.8 million followers, and Bush only has 140,000.

On the Democratic side of the candidates, Hillary Clinton is barely visible on any kind of social media, and she has no Instagram account. She has, however, shadow organizations which support her in the digital realm, such as Ready For Hillary. Furthermore, experts hope that Clinton has learned from the daunting experience of 2008, when her opposing candidate smashed her online campaign.

Kincaid stated that it is yet too early to see who’s going to be the leader in the upcoming campaign. The position is still open and ready for the best presidential campaign.
Image Source: America Aljazeera