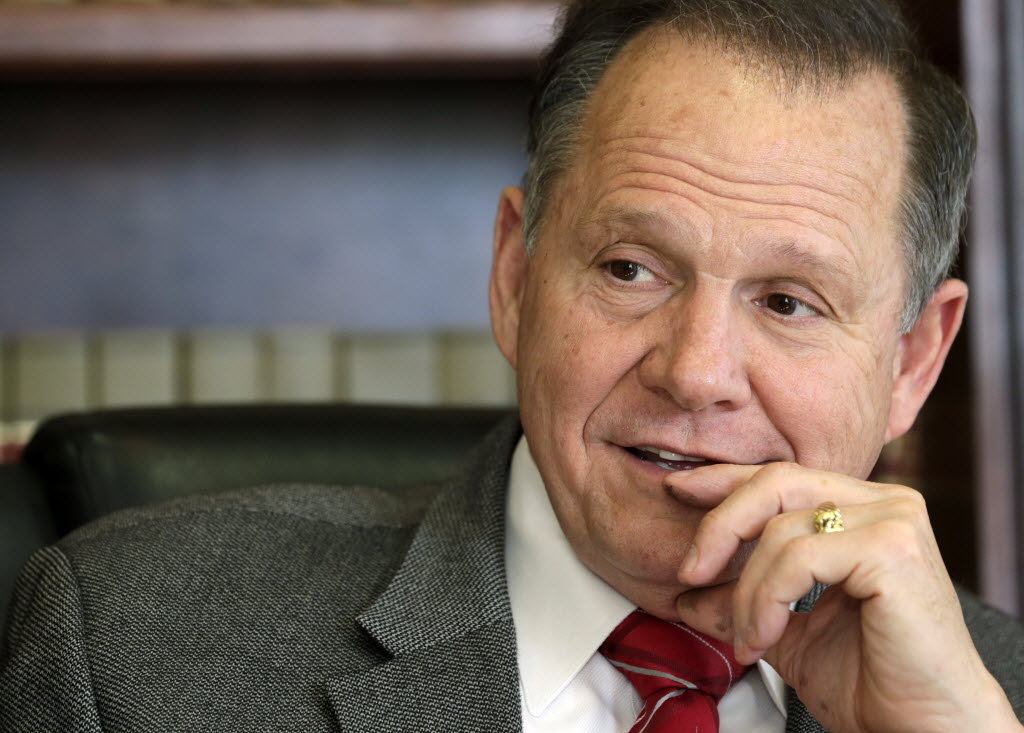 On Tuesday, Roy Moore, Chief Justice of the Alabama Supreme Court, addressed a memo to all state probate judges advising them that they are not compelled to issue marriage licenses to LGBT couples by a recent federal court ruling.

Judge Moore argued that the ruling which overturned Alabama’s ban on same sex marriages in early January was breaking the state’s Constitution.

Soon after learning about the decision, Alabama’s top judicial official said that the ruling was compelling only for the state attorney general, but the federal judge stepped in and told him that state judges also had to issue the licenses.

Judge Moore issued the memo to probate judges several ours after the 11th U.S. Circuit Court of Appeals refused to take into account the challenge of Alabama’s judicial officials to overturning the gay marriage ban across the state.

I hope this memorandum will assist weary, beleaguered, and perplexed probate judges to unravel the meaning of the actions of the federal district court in Mobile, namely that the rulings in the marriage cases do not require you to issue marriage licenses that are illegal under Alabama law,”

Judge Moore wrote in his memo.

He also said that state judges would violate their oaths to obey the Alabama Constitution if they were forced to issue same-sex marriage licenses banned by the Alabama laws.

Roy Moore’s course of action may seem like an attempt to swim against the tide, when thirty-six states and the District of Columbia currently allow gay marriages on their territories. However, Judge Moore is renowned for defying another federal court order in 2003 by refusing to remove a 2.6-ton monument displaying the Ten Commandments from the state Supreme Court building.

However, the issue of gay marriage will be settled once and for all by the U.S. Supreme Court this summer.

Judge Moore’s memo and statements were challenged by a civil rights group called The Southern Poverty Law Center, which filed a complaint against the judge a few days ago. The group argued that by encouraging probate judges to disobey the federal court’s ruling, Judge Moore was virtually “encouraging lawlessness” across the state. The complaint was filed with the state’s Judicial Inquiry Commission.

On Tuesday, the same group reported that they filed an additional complaint against Judge Moore because of his statements made during a radio talk show about gay marriage’s rightfulness and whether state judges were compelled by the federal judge’s ruling.

The Southern Poverty Law Center requested that the commission settle the issue urgently.