You are here: Home / National News / Visually Impaired Students Can Be At The Top of Education 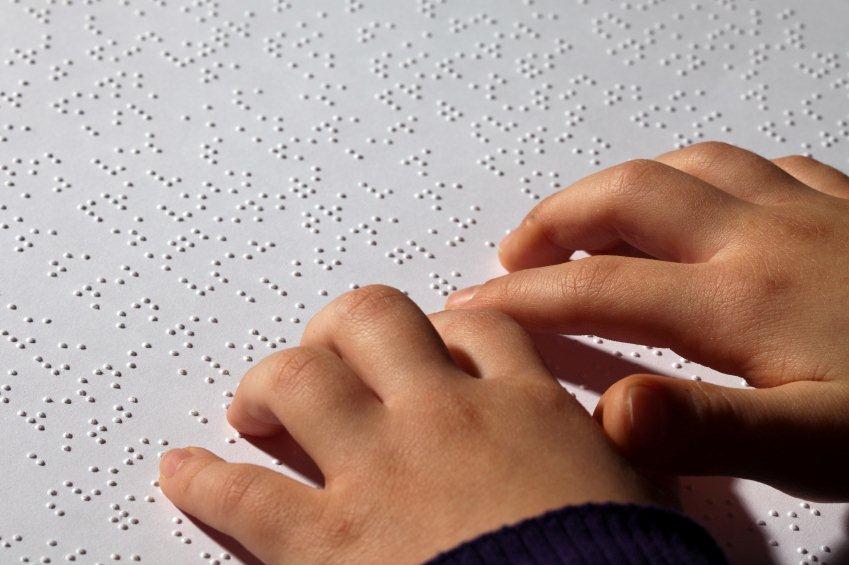 The Braille Challenge competition offers blind students the chance to bring out the best in them in one of the hardest Braille literacy contests. Visually impaired students can be at the top of education, or so the competition hopes to show.

In January, February and March forty regional competitions for blind students from the 1st to the 12th grade are planned. These competitions will test children’s skills in spelling, proof reading, speed, accuracy, reading comprehension and charts and graphs. The sixty finalists, which will include kids from each age group, will be invited in June to the Braille Institute, for the Braille Challenge Finals.

The American House for the Blind said that the United States has a number of sixty thousand legally blind students. Only 5,000 of them can read Braille, a writing and reading system in which characters are represented by raised dots.
The first Braille Challenge was held fifteen years ago with the purpose of stopping the deterioration of the Braille literacy rate, because blind students were being moved from special schools to public schools. Access to Braille education was limited, after the 1973 Rehabilitation Act. Since then, Braille education started to decline. In the 60s, fifty percent of legally blind students were capable to read Braille. Nowadays the percentage has dropped to 8.5 %.

Experts say that Braille is a must for blind students and without it, they cant take notes or process the information. Blind students who are attending public schools are studying with audio books, but when studying algebra with an audio book, it’s almost impossible to do equations while listening to the math lesson.

The use of Braille literacy is crucial for blind people to have success professionally and academically. 75% of blind adults in the U.S. don’t have a job but almost 99% of the ones who have jobs know how to read Braille, said the American Foundation for the Blind.
The events held by the Braille Institute gather a lot of visually impaired students, as they come to socialize and meet others like them and who are capable of reading Braille.

Tiffany Zhao, an 18 year-old freshman at the University of California-Berkeley, has been attending this event for twelve years. She won three times and one of her prizes was a Braille speech computer, which she uses daily to translate the books of her colleagues into Braille. Zhao said that the high demands of the competition helped her to prepare for the university standards. She admitted that the most difficult part of the competition were the charts and graphs. She lost her sight when she was a child due to a rare type of cancer. Her parents agreed to enter her in the competition so she could meet kids having the same condition. She made a lot of friends that she keeps in touch with trough social media platforms.
The main purpose of the Braille Challenge is to teach students to set high expectations and the competition is meant to be hard.
Image Source: Medeguru