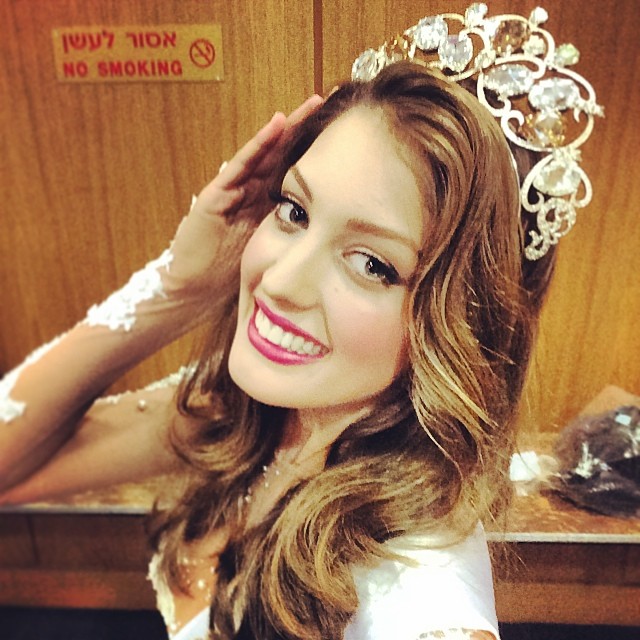 A selfie posted online by a beauty queen could have created tensions between Lebanon and Israel, two enemy states. Miss Universe Israel created trouble for Miss Lebanon after posting a selfie online together. When seeing the picture of the two of them together, Lebanese people demanded for Miss Lebanon to be expelled and sent home for appearing in the picture of an enemy citizen.

Who said that beautiful people have it easy? Being beautiful and in the public eye can sometimes be a demanding chore, as you have to think in advance the consequences of your actions, even when it comes to a simple selfie posted on the internet. The current Miss Universe of Israel , Doron Matalon has created a scandal after a posting a certain selfie on her page with the Lebanese contestant.

Both of them were preparing for the 63rd edition of the Miss Universe Pageant who is set to take place on the 25th of January, in Miami, Florida.

During rehearsal for the show, the Israeli beauty took a photo of herself together with Saly Greice, Miss Lebanon. In the picture the two beauties seamed to be having a great time.

An association which outraged Lebanon officials, as the two countries have unsolved issues. Israel and Lebanon are basically at war even though there haven’t been any serious conflicts since 2006. Israel and Lebanon have never arrived to sign a peace accord, the countries are still officially enemies in a state of war. It all began in 1984 when Lebanon decided to join other Arab countries who were fighting against the Jewish nation.

The Lebanese laws are extremely harsh with their own. Persons traveling or calling in Israel can face prison. The country refuses to import Israeli products of any kind.

There have been Lebanese people whom, with the help of social media, urged that their beauty queen should be taken her title for approaching a citizen belonging to an enemy state.

The Lebanese Miss Universe, explained on Instagram that since her very first day after her arrival in Miami, she did her best in avoiding the Israeli Miss Universe, who insisted on taking a picture together and tried several times to photobomb her. While she was taking a picture with the representatives of Slovenia and Japan, Miss Israeli practically jumped inside their picture, took a selfie and uploaded right away on her social media page, confessed Miss Lebanon.
Image Source: Post Jung