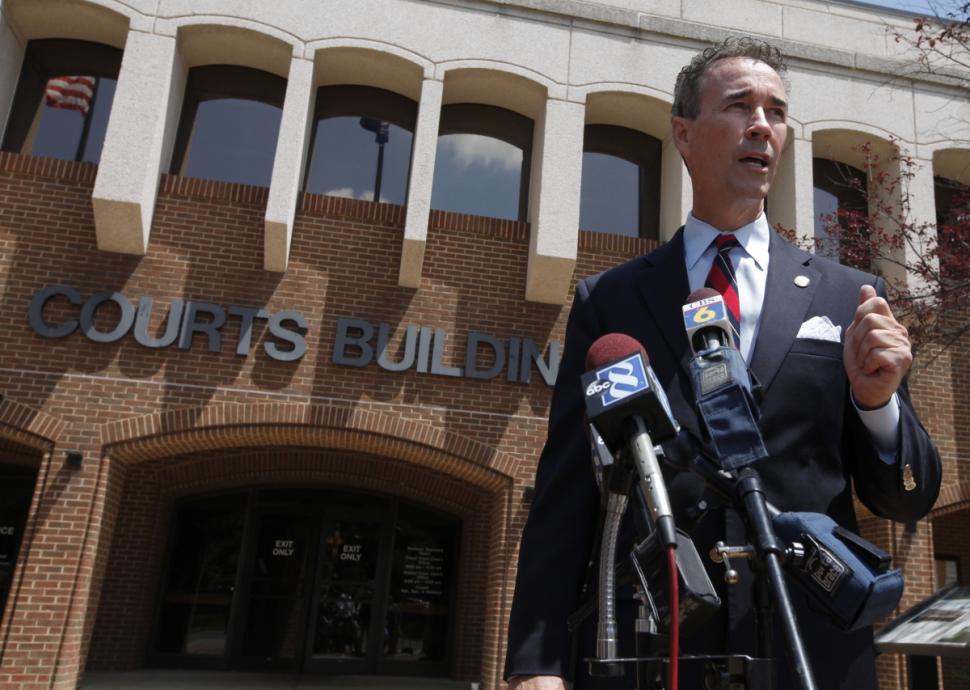 Despite his sex scandal and a history of fistfights, Virginia lawmaker Joseph D. Morrissey has retaken the seat he formerly gave up due to accusations regarding his amorous relationship with Myrna Pride, his then 17 year old girl secretary.

It seems voters ignored whatever happened in his personal life and chose him over other two candidates in a House of delegates special election that took place on Tuesday Jan.14. Morrisey obtained 42 percent of the vote while Democratic competitor Kevin J. Sullivan received 33 percent and Republican Matt D. Walton 24 percent.

Stephen Farnsworth, political science professor at the University of Mary Washington considers this to be “a victory for the ages”. According to him, there are very few politicians who despite previous allegations and scandals can still connect with voters.

Although voters accepted him, flaws and all, his reception on Wednesday when the General Assembly opens won’t be as welcoming. House chairmen who pressed Morrissey into giving up his seat before being convicted in regards to the sex scandal are already trying to find a way to discharge him before the balloting.

In order to expel a member of the House, two-thirds of the members would have to vote for taking this action. According to House Clerk G. Paul Nardo, something like this hasn’t happened since 1876. The Virginia lawmaker considers that voters and not legislators should be the ones to decide if he would make an adequate member of the House of not.

All of these obstacles only made him more driven. After being accused of taking indecent liberties with a minor (meaning his secretary), possession of pornographic images of an underage female and solicitation to obtain the images he quit his party and decided to run as an independent for his seat. He was basically campaigning during the day while sleeping in jail at night.
Despite this, Republican House Speaker William J. Howell stated that :

“Mr. Morrissey’s election does not change the fact that his actions fall grievously short of the standards of a public servant in the House of Delegates”.

He added that his duty was to maintain the honor and integrity of the legislative chamber.

For the time being, Morrisey will be able to focus on his campaign due to his work release. He will be monitored during the day through an electronic bracelet. At night he will be returning to jail.

Morrisey was accused last month of having sex with a 17-year-old girl, as nude photos of her were found on his cellphone. He is also accused of sharing the photos with a friend.

Both the lawmaker and his former secretary have denied having an intimate relationship. The evidence, however, make their statements hard to believe. The now 18-year old is pregnant but the father remains unknown. There was also a text message apparently sent by the girl to a third party stating “OMG, I just f***ed my boss.”

The lawmaker stated that his phone was hacked, accusing a 24-year-old woman named Brittany McKinney to have planted the photos. The woman was allegedly jealous after Pride rejected her advances.

If indeed his, this would be Morrisey’s fourth child. His other three children were conceived with three different women none of whom he married.

Although initially denying the accusations, he later decided to take the misdemeanor plea in order to avoid felony charges as he would have risked spending many years in prison and also losing his legislative position.

Despite all this, he won the special election. According to Morrissey, voters are not interested in personal dramas, but in his activity in the General Assembly.

His last scandal began when Coleman Pride made a complaint regarding Morrisey’s inappropriate behavior towards his daughter who was an employee in his law office in 2013.

Myrna Pride is however defending the lawmaker. This month she decided to make her side of the story public.

During a radio interview hosted on Monday Jan.12 by WLEE ‘s Jack Gravely who was talking to Coleman Pride about the relationship between his daughter and Morrisey, the lawmaker called in order to defend himself and the girl. Myrna Pride then showed up at the radio station and accused her father and others of making the story up as revenge. The apparent reason would be Morrisey helping Myrna in a dispute regarding her father’s child support.

On that afternoon, police officers were given a search warrant of his office, a few hours before the voting started. Morrisey described this as a “political dirty trick”.

The Virginia lawmaker has a rich history of fistfights, disregard of laws and disbarment. In 1991 he engaged a fight with a defense attorney, being later sent to jail. Since then he is known as “Fighting Joe”.  In 1993 he was accused of accepting bribe in regards to a rape case. He was “convinced” to dismiss the case after the father of the accused paid the victim $25,000 and made $25,000 worth of donations to a list of charity organizations Morrisey himself picked. The Virginia State Bar Association decided to take away his license to practice law.

In 1994 police reclaimed an Uzi submachine form a heroin dealer. The gun was initially loaned to Morrisey by the police to use as prop when speaking at schools about drugs and violence.

In 1998 his license was once more suspended after spending 90 days in jail for disrespecting the court and for tinting a drug case by leaking information to journalists. One of the judges involved in the proceeding forbid him from arguing cases in court for two years.

One year later he physically assaulted a home contractor allegedly threatening the person by saying “I’m going to kill you. I’m going to beat your head in!”. He was sentenced to 300 hours of community service. Morrisey lost the case, having to pay the victim $500,000 in 2007.

While doing community service, he tried to submit fake documents regarding the number of hours he had worked off. He was sent to jail for 90 days. That cost him his license permanently. Ten years later however, the bar association reinstated him.  During those 10 years he managed to make headlines for being fired from his job as a law professor in Australia after authorities found out about his disbarment in the U.S.

In 2013 he brought a AK-47 rifle inside the House chamber to use during his speech about gun control.

Taking into account all of Morrisey’s accusations and incidents, the question one everyone’s lips is “What’s next?”.
Image Source: NY Daily News