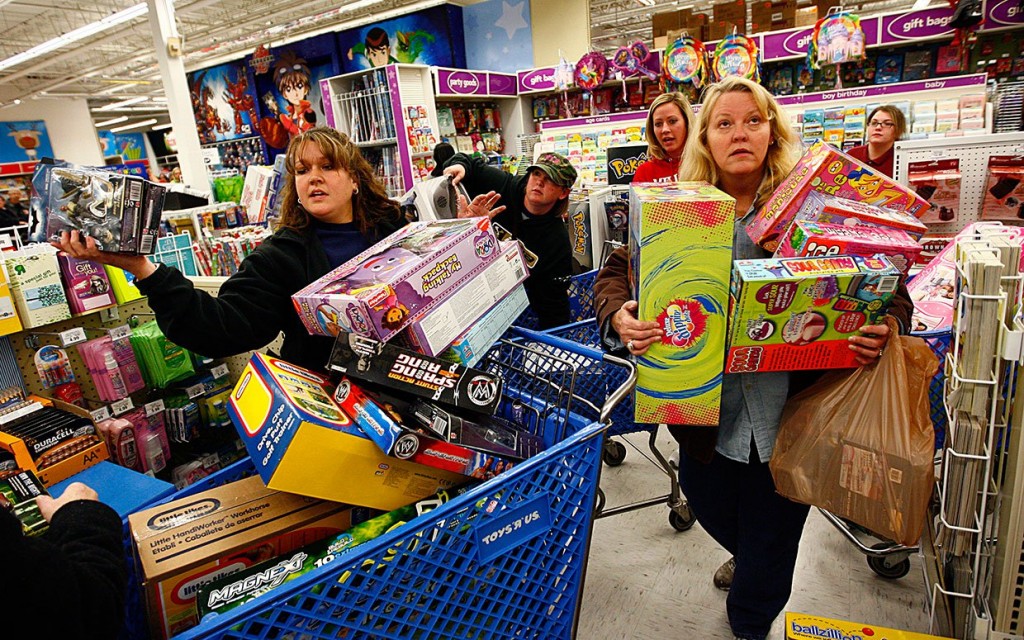 Thanksgiving shopping has become a peculiar activity during a holiday that has 46 million Americans on the road, hoping to spend Turkey Day with their loved ones. Statistics show that the American population spends about $2,4 billion shopping for this special day.

Specialists analyzing sales data discovered that there are better deals on Thanksgiving than on Black Friday. This newly-born Black Thursday tradition started few years ago, when retailers such as Target, Toys R Us or the Gap opened their gates on Turkey Day, in an attempt to compete with their online rivals.

On the other hand, the National Retail Federation says only 18% of the Thanksgiving shoppers will actually shop on the big day. In addition to that, a recent customer survey conducted by Deloitte Research shows that two-thirds of shoppers are not willing to go into stores on Thanksgiving, considering the time spent with their family more important.

Thanksgiving shopping has created a schism between those who want to chase deals and those who claim that employees shouldn’t be forced to work on a holiday. Opinions are even divided between employees. While some ardently protest on the Internet, others prefer to work because of the great distance between them and their family.

In some states, such as California or Ohio, authorities are trying to introduce a law that would require the companies to pay double or triple for working holidays, but this measure has also created wide debate.

Gander Mountain, Best Buy, Walmart, Boston Store, Kohl’s, Home Depot and many others decided to open on Turkey Day. When asked about the employees’ reaction to thedecision, Sydney Hofer, spokeswoman for Kohl’s, said the company tried to accommodate their timetable preferences to the greatest possible extent. Workers are allowed to volunteer if and when they wish to work during the holidays.

“As always, we appreciate the dedication of our teams nationwide to providing service that is second to none.”, Hofer said.

There are still stores that won’t be open on Thanksgiving.

“As a small business there is absolutely no reason for us to be open on Thanksgiving,”