You are here: Home / National News / Man Rescued After Being Trapped in Wall at Marshalls for 3 Days 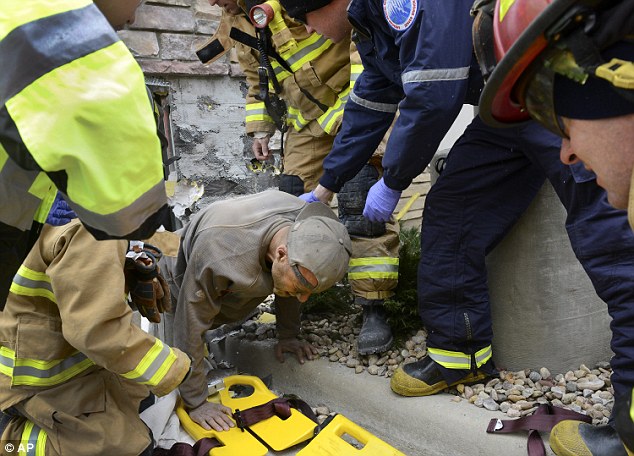 A man was found trapped inside a wall at a Marshalls store in Longmont Tuesday morning.  Moreover the man may have been in there for three days, according to Sgt. Matt Cage with the Longmont Police Department. According to The Longmont Times-Call, firefighters used a circular saw to cut into the side of the building in order to free him.

Employees at the Marshalls store reported hearing someone yelling but couldn’t really tell where it was coming from. They found the man yelling through a hole in the wall, so they notified local authorities. Both police and fire crews then pulled the man, believed to be in his 40s, from the wall.

The Longmont Times-Call identified the man as Paul Felyk, 35, and also reported he was taken to Longmont United Hospital for treatment. Felyk is thought to be a transient.

How he ended up inside the walls is easier than it may seem: he entered the building through a vent on the roof and fell down about 20 feet inside the walls of the building and became trapped.  Police are currently investigating the case as criminal trespass, but Felyk has not been arrested yet. However it appears that Felyk has prior convictions for robbery, trespassing, assault, DWI, theft and criminal mischief. So his intentions are likely to have been unorthodox. Authorities are also investigating whether Felyk’s presence in the building led to other businesses to have issues with Internet service, phone lines, and heating systems.

Investigators also explained that Felyk was able to push notes that attempted to describe where he was under the interior wall of the store. One of those notes was dated Nov. 8., leading police to believe that he’d been there since Saturday, though that could not be immediately confirmed.

The space he was stuck in was apparently big enough for Felyk to lay down in, according to police, however he could not get out. Firefighters ultimately had to break part of the exterior wall. The man was out of the wall as of 10:03 a.m.

In case you were wondering, The Marshalls store is located at 205 E. Ken Pratt Blvd.