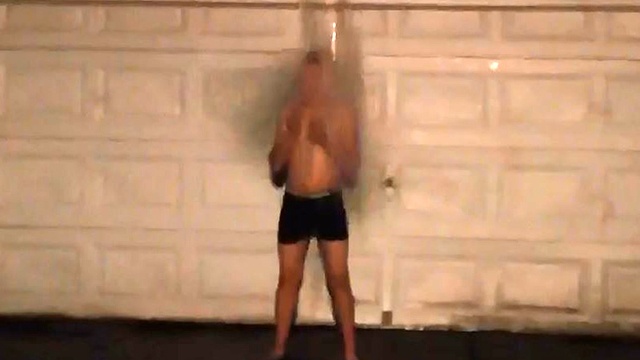 Three teens were ordered to do community service and write apology letters to an autistic kid’s family, after dumping a bucket filled with urine, tobacco and spit on him.

A 15-year old kid was assaulted by his classmates in Bay Village, the Cleveland Suburb. The kid, who suffers from autism, was tricked by his “friends” to participate in the ALS Ice bucket Challenge, the challenge designed to raise awareness for the ALS syndrome.  Even though the Ice Bucket Challenge involves dropping a bucket filled with ice cold water on your head, the three teens who assaulted the victim filled it with urine, tobacco and spit, before dropping it on top of kid.

This Monday, the three teens admitted to charges of disorderly conduct court and assault in the juvenile court. The court judge ordered them to do community service and write letters in which they apologize for the deed, to both the victim and the victim’s family.

The video in which the victim was assaulted was discovered by Diane, the boy’s mother, on his phone. She declared that her son was silent for almost two weeks after the incident, as he was too ashamed to actually talk about the assault and still considering the guys that pulled this off on him as friends. The video went viral after the woman granted permission to several media websites with streaming it.

Although the incident was reported to the Bay Village Police on the 3rd of September, Superintendent Clint Keener said that the district cannot take further action in this case, as the incident happened outside school limits.

The case attracted a lot of media around it and different celebrities, including Drew Carey who is actually originated from Cleveland, started donating money so that the authorities could find the suspects sooner.

All the three teens involved in the incident have stated that they deeply regret what they’ve done and letting down their parents, earlier in November. One of the accused boys’ layer’s strategies was to make the judge think that all four kids were longtime friends and they are used to pranking each other.

After first finding the video of the incident, Diane also added:

“The bucket challenge is supposed to be raising awareness for this disease and now they’ve turned it into a sick joke. I just can’t understand why kids would do something this cruel.”