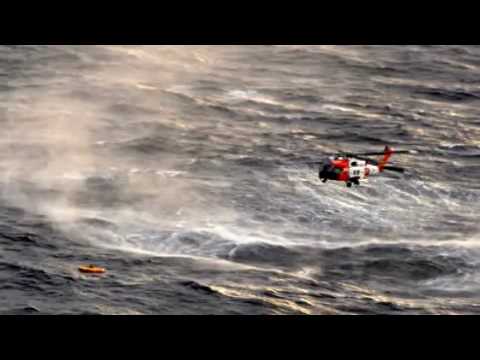 According to Sgt. Cecile Focha of the Sonoma County Sheriff’s Department, neither of the passengers had been wearing life jackets aboard the boat, as they went into the 59-degree water. The sole survivor of the ordeal managed to swim to shore.

It was a mariner who reported the overturn of the boat near Bodega Bay at approximately 10 AM, 70 miles north of San Francisco.

“They were on the west side of bodega rock, with the increasing swell this weekend, they somehow were capsized by a wave in the shallow water off Bodega Rock,”

“But this is of grave concern coming out to Bodega Bay. This is not the San Francisco Bay, not protected water,”

The passenger who managed to swim to shore, Phillip Sanchez, 66, explained that he and the other four people aboard the vessel were returning in the 32-foot, privately owned boat from the first day of crabbing season. The Bodega Bay man told rescuers how he succeeded in swimming through the 9-foot swells to latch on to the sharp rocks until he was found by a California Highway Patrol helicopter. Sanchez was hypothermic and disoriented when authorities pulled him out of the water.

The bodies of the four other passengers aboard the vessel were retrieved later that day by the Coast guard. According to their reports, three men and one woman drowned after the overturn.

The names of the passengers would not be named by Sgt. Focha until their relatives were notified.