You are here: Home / National News / 25 Years Since the Fall of the Berlin Wall 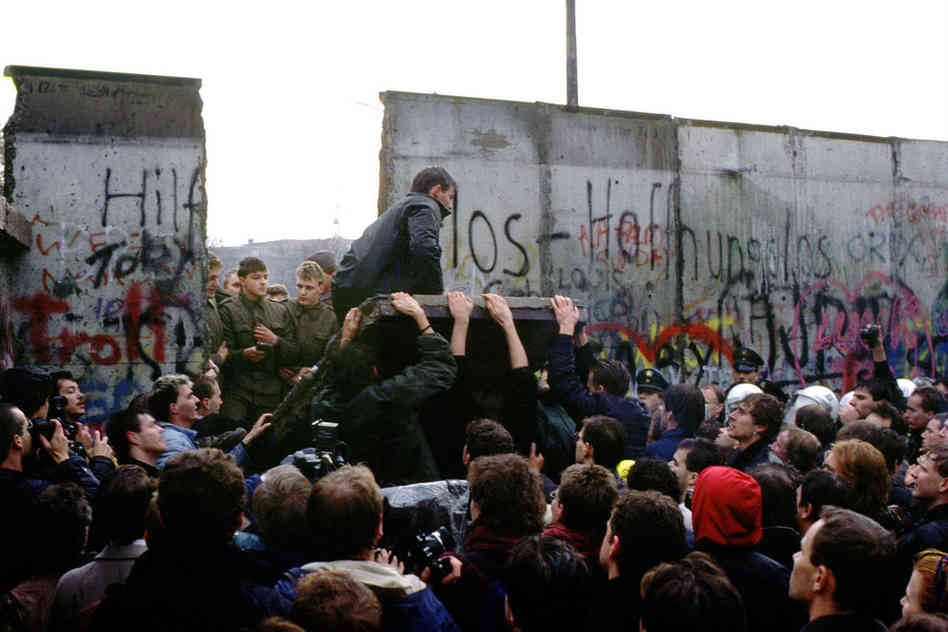 On Sunday Germany celebrates the 25th anniversary of the night the Berlin Wall fell, a headstone moment in the collapse of communism and the start of the country’s uprise as the major power at the heart of Europe. A nine-mile chain of lighted balloons along the former border will be released into the air early Sunday evening, around the time on Nov. 9, 1989 when a garbled announcement by a senior communist official set off the chain of events that brought down this communist symbol.

The collapse of the Wall, which had divided the city for 28 years, was “a point of no return … from there, things headed toward a whole new world order,” said Axel Klausmeier, the director of the city’s main Wall memorial. At least 251 people had died trying to get across the border, many shot by East German border guards.

For 28 years East Germany had effectively held their own 17 million people hostage behind two borders: the Berlin Wall and the 1,400km long inner-German border running north to south between East and West Germany.

Chancellor Angela Merkel, who grew up in East Germany, is opening an overhauled museum Sunday at the site that’s still home to one of the few surviving sections of the Wall. Merkel, 60, who was then a physicist and entered politics as communism crumbled, recalls the feeling of being stuck behind East Germany’s border.”Even today when I walk through the Brandenburg Gate, there’s a residual feeling that this wasn’t possible for many years of my life, and that I had to wait 35 years to have this feeling of freedom,” Merkel said last week. “That changed my life.”

Not only is Merkel from the east, but so is the nation’s president, Joachim Gauck, a former Protestant pastor and pro-democracy activist. Germans today can be grateful to have lives and opportunities, Gauck said, “that endless numbers of people in the world can only desire and dream of.”

Friday the Bundestag remembered the fall of the wall, which stood just outside the Reichstag parliament building. The guest of honour was singer-songwriter and dissident Wolf Biermann. Before he sang his song Courage in the chamber, he hit out at the MPs looking on from the Left Party, the successor to the SED that built the Berlin Wall. “You’re the sorry rump of the dragon’s spawn, you’re beaten,” he said. “Sitting here and having to listen to me is punishment enough.”