You are here: Home / National News / 14-year-old Hockey Player Dies During Match: Name Has Been Released 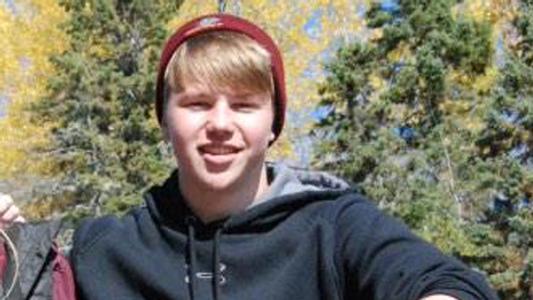 A 14-year-old teenager by the name of Patrick Schoonover collapsed on the ice during a match in Brainerd, Minn., this Friday. The hockey player fell unconscious soon after the match started.  This unfortunate event took place during a bantam tournament game at the Essentia Health Sports Center ice arena in Brainerd.

Officials responded to emergency calls after receiving a report that one of the players collapsed on the ice during a hockey game. Medical personnel was sent to the scene at about 4:25 p.m. Patrick was rushed to the St. Joseph’s Medical Center in Brainerd after the medical team tried applying CPR on site. Unfortunately, all attempts of reviving the teenager failed.

His name and hometown were not released until today to allow the investigators to make appropriate notifications, said the police.

Patrick’s team, Eastview, was playing another youth team from Wayzata as part of the Battle for the Blue Ox Bantam AA tournament. After the incident, all the events that were supposed to be held on Friday were canceled. The tournament is going to continue on Sunday.

The grieving Schoonover family released a statement on Saturday:

“We lost our son Patrick last night. He passed away unexpectedly playing the game he loved so much. We appreciate the outpouring of support from the Eastview and MN hockey communities to our family. We want to thank his coach, first responders and the staff at St. Joseph’s for doing everything they could to help Patrick and for providing comfort to our family. We appreciate all of you.

Our thoughts and prayers go out to Patrick’s coaches and team mates. He loved all of you.

We ask for our privacy from the media at this time.

Since many have asked about ways for supporting the family, the Eastview Hockey Association has offered its support and organized a meeting at 4.30 p.m. Saturday at the Eastview High School Media Center, in Apple Valley, where counselors and professional help will be available for anyone who wants to grieve Patrick’s loss.

Amy Hutsell, Eastview Hockey Association administrator, explains that the community will be struggling in the following days, which are bound to become more difficult.

Meanwhile, the Eastview Bantam AA team is engaging people to share the theme “Play for Patrick.”

The cause of death has not yet been revealed.