You are here: Home / National News / Hong Kong’s Income Disparity Impossible to Ignore Due to Protests 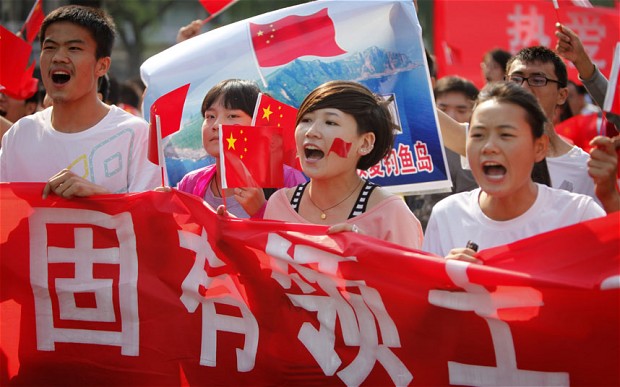 Hong Kong, a city usually bustling with eccentric shoppers, outrageously expensive hotels (example: Mandarin Oriental), and luxury handbag and jewelers shops, is now quiet. Nobody is rushing through the doors of Lamborghini’s dealership. The protests which began on September 26 create a striking contrast between wealth and poverty. At first, only several hundred students took to the streets, but later, tens of thousands of youths joined the cause for greater democracy.

They are openly defying the Chinese government, battling tear gas but they are not losing hope. At the moment, Hong Kong is facing a political problem also because it is dealing with an economic one. There is a huge wealth gap between citizens. For example, although salary growth has stagnated for several years, costs for housing and daily goods continue to grow. Only a select few individuals make up for the minority of elite in Hong Kong.

Now, the middle class and younger generation has found its voice and trying to make something happen. Their unprecedented demonstrations have lead to the shut down of major routes in the city’s busiest districts.

“China leaders have ignored the man on the street for so long because everyone told them Hong Kong people aren’t interested in politics, that it’s all about business, and they haven’t realized that society has clearly changed.” – Fraser J.T. Howie, co-author “Red Capitalism: The Fragile Financial Foundation of China’s Extraordinary Rise

Beijing has yet to respond to these protests, but it will have to do something seeing as Hong Kong is one of the major financial Centers of the country. Although the city’s economic output has diminished, it is still one of the most attractive gateways for foreign investors. Government officials must walk a fine line as they try to surpress please for democracy. Over the weekend, protests became violent as an unidentified man assaulted protesters, prompted several arrests and tore down encampments.

Despite fearing that force will be used to remove them from the street, protesters continued their marches. Leung Chun-ying, Hong Kong’s chief executive, promised to do all that is necessary to reopen the government’s building by Monday. Protesters also made business impossible for several luxury shops, which have probably lost more than 2.2 billion Hong Kong dollars during China’s week-long National Holiday. Visas for groups have also been suspended for group tours, and this will definitely affect restaurants and hotels in the city.

“Such a turn of event would do irreparable damage to Hong Kong’s special status as a regional financial center, which owes much to the city’s strong rule of law, its transparent legal system, and its reputation as a safe place for expatriates to live and do business.” – Gareth Leather, Julian Evans-Pritchard – Capital Economics analysts

The problem right now is that, although there are industries which generate steady profits (shipping, logistics, supermarkets, telecommunications, transport, real-estate), only the wealthiest investors can have access to them. That’s because land prices set by the government prohibit all but those with hard cash to purchase prime plots. According to Forbes, the city’s richest 10 men have a combined fortune of 130 billion dollars, and that money will not be shared with everyone.