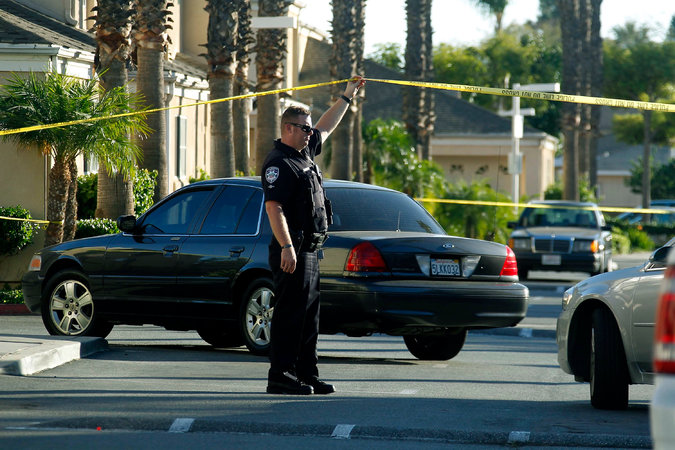 BELL GARDENS, Calif.- The mayor of a Los Angeles suburb was shot and killed during a domestic dispute by his wife. The Bell Gardens couple had been arguing on Tuesday, police say, until the mayor’s wife grabbed the gun and shot. The woman has been taken into custody by authorities.

A Los Angeles Sheriff’s Department spokeswoman, Nicole Nishida, said that their 19-year old son had attempted to intervene during the argument between Mayor Daniel Crespo and his wife Levette Crespo. Ms. Nishida explained that when Daniel Crespo Jr. intervened on behalf of his mother, Mr. Crespo soon became physical, so that Ms. Crespo grabbed a gun and fired. She shot the mayor multiple times in the torso.

Paramedics were called to the scene around 2:30 PM. Daniel Crespo, 45, was taken to the hospital soon after, but was pronounced dead upon arrival, Los Angeles County Sheriff’s Deputy Crystal Hernandez told reporters. Police have detained Levette Crespo for questioning.

The Mayor and his wife had been high school sweethearts. They were married in 1986. According to a biography on the city’s website, the couple had met in New York.

Bell Gardens is a 43,000 people suburb located 18 miles southeast of Los Angeles. Daniel Crespo had become a member of the City Council after being elected in 2001. Members (who serve part-time in the city council) take turns serving as the mayor of the suburb.

The city’s website posted an image of a black bow immediately after Tuesday’s events.

“It is with great sadness that we inform you that Mayor Daniel Crespo was shot this afternoon and has died from his injuries. According to a preliminary investigation, the shooting does not appear to be city related or to his activities as Mayor. Our thoughts and prayers should be with Mayor Crespo’s family at this tragic time.”