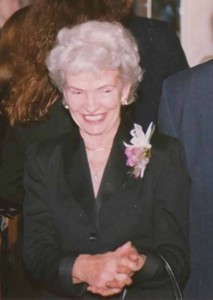 Utah police managed to crack a 23-year-old cold case thanks to a few Lego pieces. It sounds pretty incredible, doesn’t it? Read on to find out more about the case.

Holladay, Utah, resident Lucille Johnson (78) was killed in her home in 1991, but they never caught the person who committed the crime. Among the evidence at the murder site, the police found were some pieces of Lego which they didn’t quite know how to incorporate into the crime and were thought to be unimportant. Today, 23 years later, those Lego pieces have led police to identify the murderer.

John Sansing has been charged with murder after his prints were found on the Lego pieces found at the Holladay crime scene. Jim Winder, Salt Lake county Sheriff, had this to say about the arrest and the crime:

When you hear the details of this particular case, you will see that this individual is barely human.While in that home, it is clear Mr. Sansing bludgeoned Lucille to death, leaving his 5-year-old apparently in the living room of the home to play with legos. On those legos were the fingerprints of Mr. Sansing’s juvenile son.

John Sansing is already on death row for a murder he committed in Arizona in 1998; he’s also a suspect in multiple other murder cases. The police suspect that the Johnson allowed Sansing to enter her home, but they didn’t know why she did such a thing, as there was no proof that the two people knew each other in advance. Johnson’s children also testified that there was no way that their mother had known her murderer.

Police questioned Sansing’s wife and she admitted that her husband confessed to her to killing an elderly woman in Holladay around the time Johnson was killed. While the police refused to reveal the motive behind the murder, they did say that some jewelry was missing from the woman’s home. The woman’s children are grateful that their mother’s killer was finally identified.

I wasn’t sure that it would ever be solved. Because of the length of time that was going on.

What are your thoughts on this case? Have you heard of other similar cracked cold cases you would like to share with us? Drop us a line in the comment section below, we love hearing from our readers.