You are here: Home / National News / The French Join the Fight in Iraq and Destroy Dozens of Jihadists and Munitions Facility 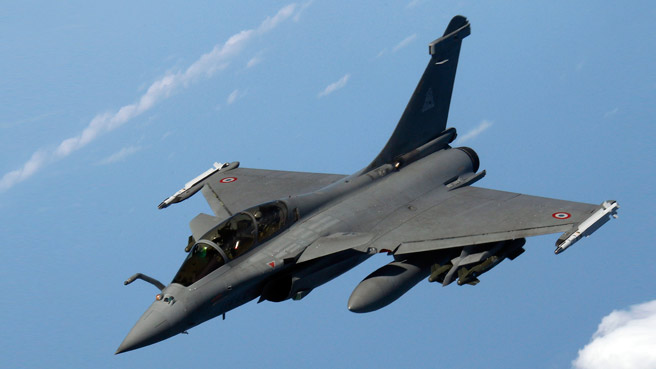 What Obama’s predecessor couldn’t accomplish, occurred on Friday when the French joined the fight in Iraq. Airstrikes began as France sent out two Rafale fighter planes. The aircrafts were armed with laser-guided missiles that completely destroyed an ISIS munitions depot and annihilated dozens of ISIS extremists.

France has become therefore the only coalition country to respect its promise of actively joining the battle against the Sunni extremists.

French President Francois Hollande promised that other similar operations would continue during the next days, with the same goal: that of weakening the terrorist organization and of aiding the Iraqi government.

Back in 2003, when former President Bush asked the French to join the fight against Saddam Hussein, a famous ‘non’ was received. They continued to sit on the sidelines while Iraq was descending into chaos. However, in current circumstances, the French could remain on the sidelines no more. They signed on when a coalition was formed by President Obama to combat the extremists and now made good on their promise of supporting the coalition.

U.S. Gen. Martin Dempsey, Chairman of the Joint Chiefs of Staff, described France as the first true U.S. ally and applauded their efforts.

French President Hollande, as President Obama, has drawn a clear limit to his country’s involvement in the matter: no boots on the ground. He told reporters that there was always a risk when responsibilities were taken up but that he made sure to reduce the risk to the minimum possible.

Qassim al-Moussawi, Iraqi military spokesman, stated that the French offensive had struck near Zumar, a town currently under ISIS’s control. There was a fierce counter-offensive prepared by Iraqi militants in alliance with Kurdish fighters, but the city couldn’t be reclaimed.

Over 176 airstrikes were conducted by the United States in Iraq during the last month and as a result, the extremists saw fit to behead US as well as western captives. Now ISIS is on the move again, having captured 60 villages near Ayn al-Arab. It remains to be seen whether the newly formed coalition will stand a chance against the vicious group.