You are here: Home / National News / Progressive Cupich to be Next Chicago Archbishop 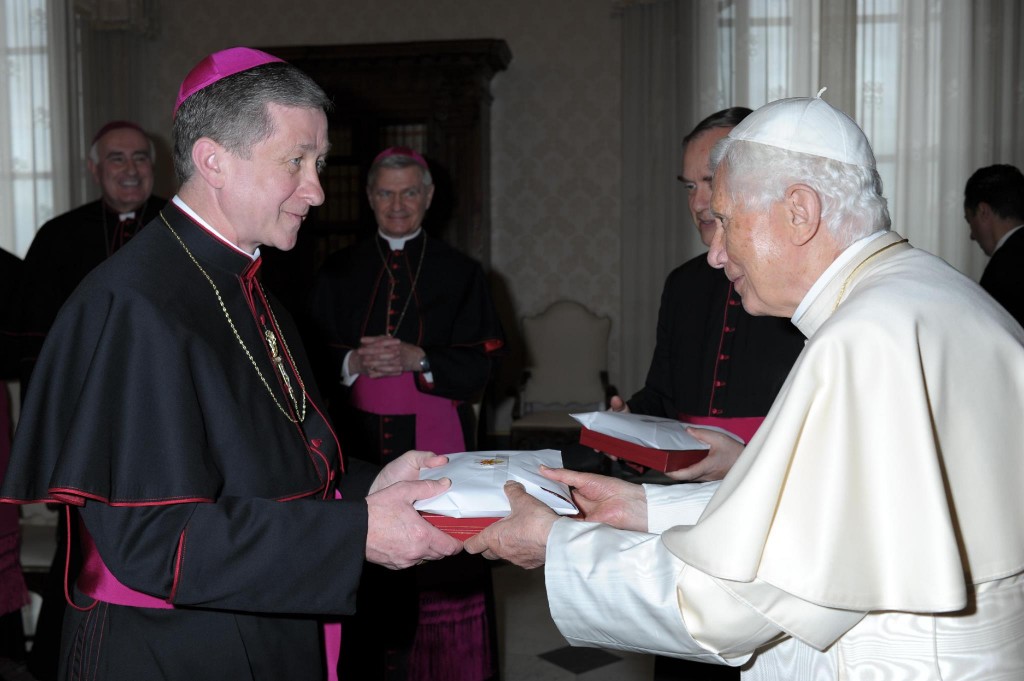 Since Pope Francis was appointed the new Pope, the Catholic world has seen a massive change in Vatican politics. In one and a half years, the Argentinian Pope signaled a turn from the conservative political discourse of Pope Benedict XVI to a more socially progressive stance. Francis’s message was that the Catholic Church must focus on the social and economic inequalities. In such a short time, Francis became one of the most popular Popes in history, with poor people everywhere finding a new ally in him and the Catholic Church as politicians failed to raise up to their expectations.

The U.S. may soon by more influenced by Francis’ actions as well, as the new Pope plans to appoint a new Chicago Archbishop. Cardinal Francis George is now 77 years old and battles a recurring bladder cancer. The archidiocese will hold a press conference on Saturday morning. According to Associated Press, Blase Cupich of Spokane will soon be named the new Chicago Bishop. Cupich, 65, is widely known as a progressive member of the American Catholic Church, thus closer to Pope Francis’ views.

Cardinal George was more in line with the two former popes John Paul II and Benedict XVI. The present Chicago bishop, who was favored by the Catholic right wing, due to his strong cultural messages on sex politics, was appointed by Benedict XVI in 2010.

During the last couple of years, Cupich, originally from Nebraska, argued that the Church must find ‘common ground’ with the White House in dealing with health issues. Cupich’s position towards same-sex marriage was moderate, compared to the rest of the U.S. Catholic Church, as he condemned attempts “to incite hostility towards homosexual persons or promote an agenda that is hateful and disrespectful of their human dignity.” If Cupich becomes the next Chicago Archbishop, the diocese may return to a liberal approach. Cardinal Joseph Bernardin, the previous Catholic member to hold the position, was known for bringing poverty into the forefront of public discourse.

As Pope Francis, Cupich asked U.S. politicians to look again at the reality on the ground when taking decisions because growing inequality is as important as the environmental crisis.

The Chicago diocese is the third largest in the country. When they become Chicago Archbishops, the Catholic clerics are automatically named cardinals. As such, they gain the right to vote for the next pope.