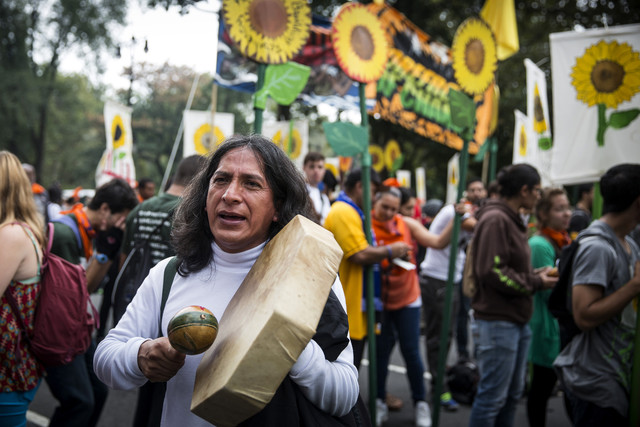 Tens of thousands of people gathered on Sunday to take part in Manhattan’s Upper West Side Climate March, a demonstration that organizers called the largest march demanding immediate action on climate change.

More than 100,000 people are expected at the People’s Climate March this weekend, according to organizers, coinciding with 2,000 other similar events planned in more than 150 countries. Marchers hope to persuade global leaders to make a priority out of the climate changes that have become more pressing.

A United Nations summit will also take place this week on the issue.

Bill McKibben, 350.org leader, stated: “We need to demonstrate there are an awful lot of people that care about climate change and demonstrate that this is a huge issue for all kinds of people.” He also noted that marchers and activists are truly distressed that world leaders seem to not show any interest in a matter that could shape the future of their children: “We are frustrated as can be with the failure of our leaders, with government, with businesses to heed the warnings of scientists.”

Ban Ki-moon, UN Secretary General will also be among the marchers. The UN Secretary General will be the host of over 120 world leaders on September 23rd, when a political action forum will be held to address climate changes. This summit will be the largest of its kind to focus on climate issues and will gather the most heads of state. Activists hope that it will represent a stepping stone for the discussions scheduled to take place in December in Lima and in Paris next year. During those meetings, leaders will try to agree upon a plan that aims to cut out emissions contributing to global warming.