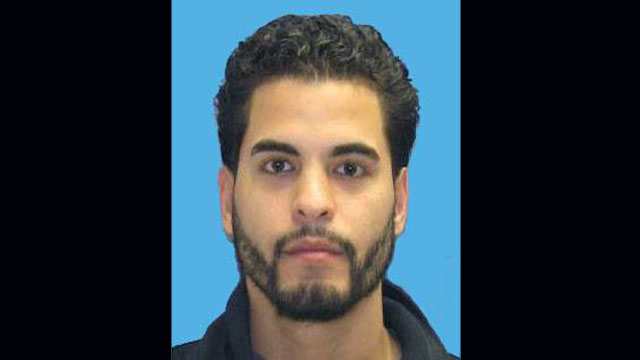 While conducting a welfare check, Pasco County sheriff’s deputies found four bodies. Afterwards they also found a missing boy with autism and arrested the man the child was with. The interested thing is that the two cases were connected.

Police had “grave concerns” about the young Ismael Tristan Santisteban’s safety,who was missing, but believed to be with 28-year-old Adam Matos, who they would later name a suspect in the quadruple homicide. A SWAT team found Ismael Tristan Santisteban, who goes by his middle name, in a Tampa hotel about 12 hours after they issued an Amber alert for the Pasco County.

According to Kevin Doll, spokesman for Pasco County Sheriff’s Office, Adam Matos, 28, had fled with the boy and was immediately arrested. Matos is presently being held in the Hillsborough County Jail on a charge of domestic violence by aggravated assault.

The four corpses also found by the police were reportedly found piled on top of each other and being circled by birds.

According to the Tampa Tribune, police used a ruse to lure Matos out of his room and away from the child, before he managed to leave the area with the 4-year old boy.

Tampa Police Chief Jane Castor said the child seemed fine. “He is in good spirits,” she said during a news conference Friday morning. Investigators were still trying to find a search warrant for the hotel room at the time of the press conference.

Matos came to the attention of Pasco County deputies on August 28 when his ex-girlfriend, who is the child’s mother, called to report that Matos held a knife to her throat at the Hudson home.

Deputies have got conflicting information regarding whether Matos is the child’s biological father. People who knew Matos said he called the boy his son.

The four bodies, two men and two women, were found near the suspect’s house. Detectives went to the Hudson phone to check on the family’s wellbeing after a concerned friend called police, worried because no one in the house could be reached. The deputies who stopped by the home found no one there, but noticed a bad odor in the area.

So when they walked down the street toward birds circling the air, they discovered the bodies. It is unclear when or how the four people were murdered, however Matos is suspected in their deaths, police said.

“While circulating an area, one of our sergeants smelled something horrible. He saw birds circulating,” Sheriff Chris Nocco said. “At that time, he noticed over a hill there were several bodies.”

While at the Tampa hotel, Castor said Matos used his own name to check into the hotel around midnight and he had gone to a bus station near the hotel to ask about routes and bus fares. The ones at the hotel called the police.