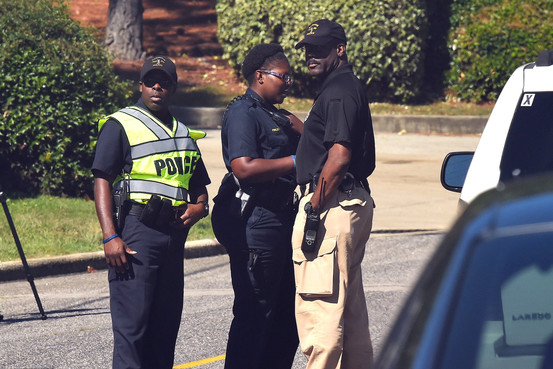 In a shooting at an Alabama UPS facility on Tuesday morning, a man killed two people and himself after entering the UPS warehouse in Birmingham. Police officers say that the shooter had been fired by the company one day before the attack.

Birmingham police identified the shooter as Kerry Joe Tesney, a 45 year-old living in Trussville. He murdered two UPS workers on Tuesday morning, and while police declined to release the victim’s names, they confirmed that they were part of management.

“It is extremely troubling for the city, for the families involved. When they came to work today they had no idea it would be their last day alive on Earth,” Police Chief A.C. Roper told the Birmingham News. “They were just people working at their jobs.”

According to Police, Tesney’s firing was finalized on Monday and he received his final notice in the mail. UPS spokesman Steve Gaut declined to describe Tesney’s job duties.

It wasn’t clear why Tesney had been fired from the company, although there was a lawsuit against him and UPS in 2010, where a Birmingham business accused him of wrongly picking up a $4,000 radiator for shipment. The court ruled in Tesney’s favor on September 23rd 2013.

The shooter drove up on Tuesday in a private vehicle, after 80 drivers had already left on their routes. He entered wearing a UPS uniform and opened fire inside the warehouse. Tesney shot himself by the time police officers arrived at the warehouse.

Police Chief A.C. Roper told reporters that UPS employees who had been present at the warehouse as the shootig occurred were taken to another locations to be provided with counseling and to be interviewed by investigators.

Bill Wilks, pastor at the NorthPark Baptist Church where Tesney and his wife had been members since 2003, described the shooter as being concerned with his work and financial situation. Tesney and his wife were also listed as distributors for the multi-level marketing company called Advocare, selling health and fitness products.