You are here: Home / National News / Over 60,000 Syrian Kurds Flee from the Advancing Islamic State Militants 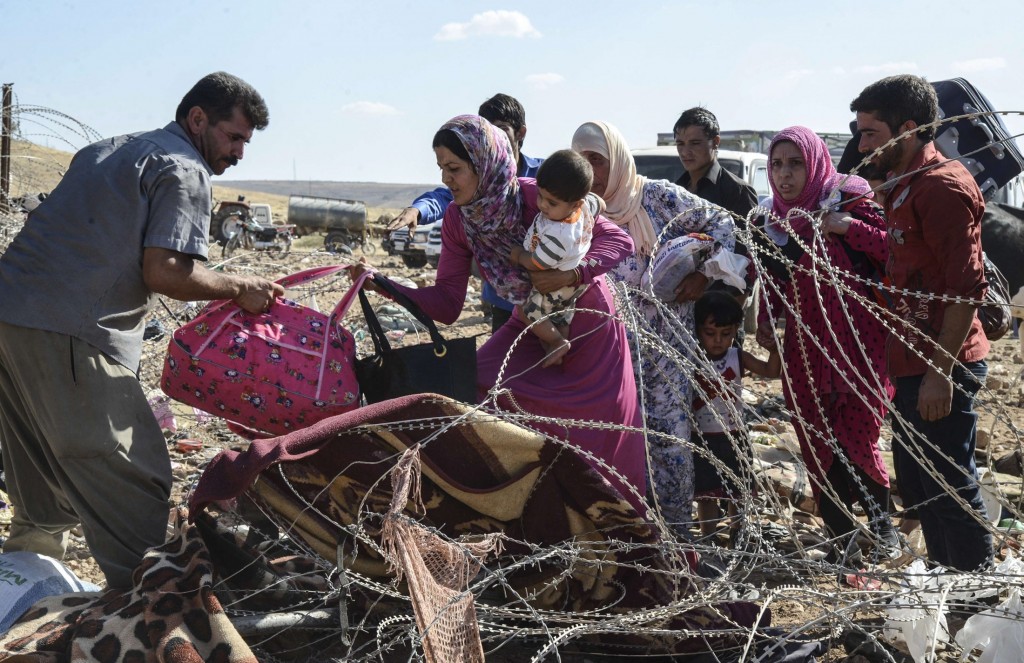 During the last 24 hours, more than 60,000 Syrian Kurds were forced to cross into Turkey fearing the Islamic State, which has been violently seizing villages close to the border and is now threatening a Syrian town.

On Friday, Turkish authorities opened the frontier for Kurdish civilians who had fled their homes in fear of an imminent attack. According to Kurdish commanders, ISIS militants are within 15 kilometers of Ayn al-Arab.

Kurdish forces fear a massacre in Kobani and have urged other nations to assist them in fighting off the Sunni extremists. Until now, the Islamic State hasn’t consolidated its gain in northern Syria but if they seize Kobani, a town located in a strategic position just at the border, the militants will surely be that much harder to counter.

According to Kurds who were passing the border into Turkey, villages like Celebi were run over by heavily armed Islamic State militants, while Kurdish forces could do little to prevent the cities from being taken over as they only had light weapons. When crossing into the town of Suruc, in Turkey, Lokman Isa, a farmer from the village of Celebi, told reporters that the extremists had destroyed every place they had conquered and after seeing what happened in Sinjar, he and other families felt they had to flee. In other villages, militants showed the same cruelty that we’ve already seen: mercilessly killing those left behind.

Turkish authorities are setting up a camp in the town of Suruc, where more refugees are expected to arrive. Soldiers are looking over the refugees who come carrying only a few belongings. Since Friday evening, when the 30-km section of border was opened for refugees, over 60,000 Kurds have crossed into Turkey, Deputy Prime Minister Numan Kurtulmus stated. Thousands more were waiting to pass on Saturday evening.

Many refugees expressed their disgust with the terrorists, urging friendly countries such as the United States, Turkey or Russia to commence airstrikes against the Islamic State. Since the ordeal began on Tuesday, more than 100 villages were evacuated by Kurdish forces in Syria.

Syrian Observatory leader, Rami Abdulrahman, stated that ISIS only sees Kobani as a lump that is standing in its way. He told reporters that in the villages seized by the extremists near the town, 11 Kurdish civilians had been executed, including boys.

After Tuesday’s calls for help on the Syrian side, more than 300 Kurdish militants crossed the border from Turkey into Syria on Friday evening, in hopes that they might push back the IS militants. However, it’s difficult to hope that lightly armed Kurdish forces stand a chance against Islamic State militants operating tanks, artillery, rockets as well as armored vehicles.