The U.S. Department of Homeland Security revealed on Wednesday that a company that a U.S. government background check company was hacked. Peter Boogaard, DHS spokesperson, said in a statement that the department is completely aware of the cybersecurity intrusion at the private company.

Boogaard has further told the media that the Federal Bureau of Investigation and the Government has formed a team that will work with the company that has been hacked in order to identify the persons behind the intrusion and possibly, their purposes.

He added that some employees of the U.S. Department of Homeland Security may have been affected. The entire workforce over at DHS has been notified of the intrusion and was advised to monitor their financial accounts for any suspicious activity that might occur in the future. Monitoring the personal information is now the key at finding out what damage has been done. 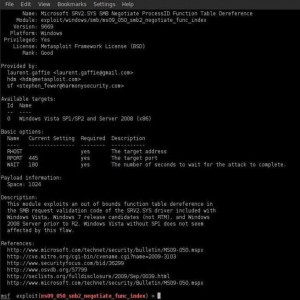 We immediately informed federal law enforcement, the Office of Personnel Management (OPM) and other relevant federal agencies. […] experts who have reviewed the spill believe it has all the markings of a state-sponsored attack.

There isn’t any information about what U.S. government background check company was hacked, as the Department of Homeland Security refused to identify it.

This news comes just after a report by an Internet security company that said Russian hackers have managed to breach over 400,000 websites and gather more than 1 billion user names and passwords.

Hold Securities was the company who discovered the hack; they described the hackers as Russian cybergang. They said the group is in possession of the biggest cache of data ever stolen, it was revealed by the company on their website.

Whether you are a computer expert or a technophobe, as long as your data is somewhere on the World Wide Web, you may be affected by this breach.

They continued saying that the list includes many leaders in almost all industries across the world. The company discovered the breach after seven months of research.

Are you worried by cyber theft? What do you think is the worst case scenario for this situation? Why is personal information so important? Care to share your thoughts on this in the comment section below? We would love to hear what you think about this.