You are here: Home / Sports / Tiger Woods Withdraws from Bridgestone Invitational due to Back Injury

Tiger Woods was forced to withdraw half-way through the Bridgestone Invitational, the World of Golf Championships on Sunday due to back injury. He seemed on the fast-track to an impressive comeback, until the final round of the event at the Firestone Country Club. 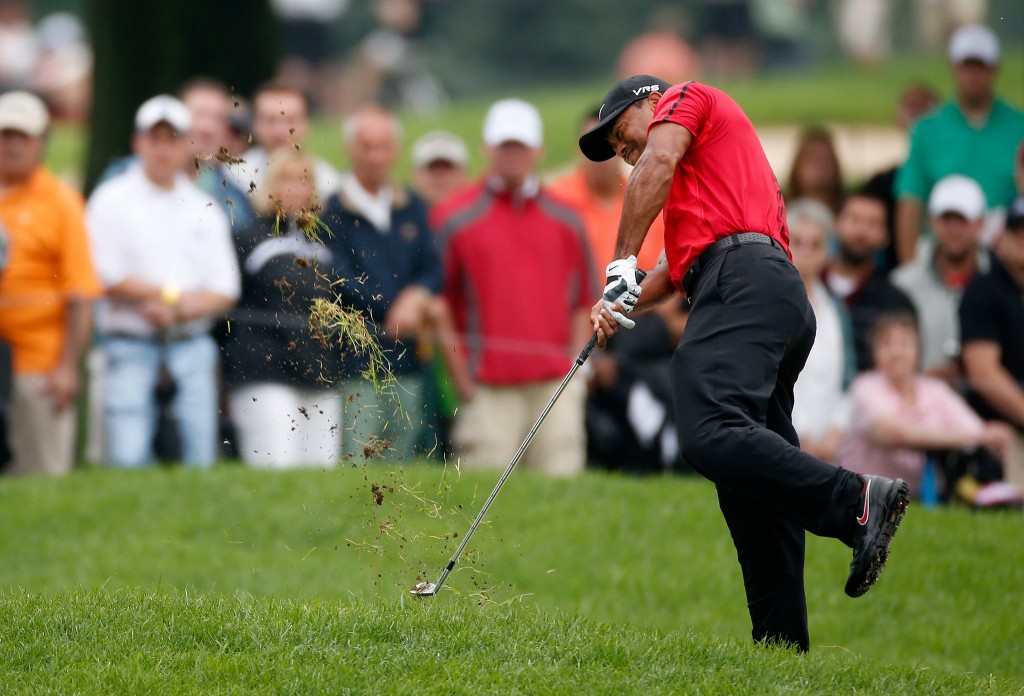 It is the third time that Tiger Woods starts since back surgery, but it just wasn’t meant to be for him. He managed to injure his lower back again on the second hole, right after hitting his second shot in an awkward stance. He had all of his weight on his right leg, while his left one, above the bunker’s lip, was used for balance.

In the blink of an eye, he lost his balance and fell into the bunker.

“It’s been spasming ever since (…) It’s just the whole lower back. I don’t know what happened. – Tiger Woods

He was very close from teeing away, but the game was suspended due to water pooling on the course before he could do that. Some causes for his incident are still unclear, but it seems that the 75-minute delay before the opening shot took their toll on the defending champion. Everything was going smoothly until the par 5. From then on he started playing loose shots accompanied by painful grimaces.

For example, on the par-3 fifth hole, the tee shot traveled 147 years, which left him with 64 additional distance from the pin.

He managed to hit his first two shots on his way to a bogey.

“He hit some shots that we’re not used to seeing Tiger hit even when he’s coming back from an injury like this, so obviously something was bothering him,” – Bubba Watson, reigning Master champion.

Bubba Watson paired up with Woods, which meant that he also had a hard time retrieving his tee. On the par-4 ninth, it was clear that Woods was experiencing problems: he barely managed to reach down to retrieve his own tee (he was already three over the day). He called for a cart, shook Watson’s hand, and left. He was grimacing as the cart pulled over, and clutched his right button as he straightened up.

“We’ve seen this man win with a hurt leg (referring to Wood’s victory at the U.S. Open in 2008) so he’s going to try be a champion, he’s going to try to tough it out. Obviously it just got too tough for him (…) I shook his hand and said ‘I’m praying for you”. I hope everything turns out good and he’s ready for next week.” – Watson said

The P.G.A. Championship is slowly approaching, and Watson needs a win at this tournament to finally qualify for the FedEx playoffs (and maybe improve his standing in the United States Ryder Cup berth).